The political impasse which is still going on this country following the aftermath of May tripartite elections is affecting Small and Medium Enterprises (SME‚Äôs).

Renowned business entrepreneur Donex Zimbulani disclosed this in an interview with face of Malawi.

Zimbulani remarks follows the postponement of National Agriculture Trade Fair which was scheduled to start last Friday and Chichiri Trade in Blantyre.

He said those that fighting against government are doing this deliberately for their own selfish reasons at the expense of poor Malawians who have nothing to do with politics in the village.

‚ÄúWhat is happening in the country is not benefiting anyone the Civil Society Organizations (CSO‚Äôs) they just want to disrupt government business but in the end all of us we are going to suffer,‚Äù he said.

We have got employees whom we need to pay them their salaries, so if business is not going well because of the political impasse where are we going to get the money to pay them, he asked.

Zimbulani who is the owner of Donz Engineering said the opposition and the CSO‚Äôs should withdraw the case against the governing Democratic Progressive Party (DPP) and the Malawi Electoral Commission (MEC) at the High Court because it is meaningless not beneficial to every good loving citizen.

The Blantyre based business entrepreneur said the CSO‚Äôs they should bare in their mind that the incumbent President Professor Arthur Mutharika has people who loves him and has a huge following.

Zimbulani said if the MEC chair resigns today who will be responsible to answer for the allegations she is being accused for.

He said maybe the CSO‚Äôs have someone in the mind whom they want to rule this country. 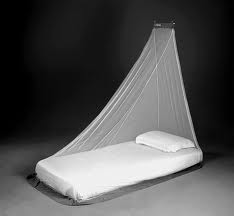