Amnesty International has come out of the cocoon to condemn the arrest of Human Rights Defenders Coalition (HRDC) Vice Chairperson Gift Trapence and Macdonald Sembereka.

The Malawi Police Service (MPS) under the Fiscal department on Tuesday arrested the two on fraud allegations and operating an unregistered organisation called MANGO.

The two appeared before the Lilongwe Magistrate Court where they were formally charged but they were denied bail.

In a statement released yesterday, Amnesty International International‚Äôs Deputy Director for Southern Africa Muleya Mwananyanda described the arrest of the two as move by the government to intimidate them.

‚ÄúThese charges are a ploy to harass and intimidate the two activists and force them to end the ongoing post-election demonstrations.

‚ÄúMalawian authorities must immediately and unconditionally release them and stop clamping down on the rights to freedom of expression, peaceful assembly and association,‚Äù reads the statement in part.

He added: ‚ÄúOrganizing and participating in peaceful protests is not a crime. Authorities must stop targeting dissenting voices and using politically motivated charges to suppress differing views. The rights to freedom of expression, peaceful assembly and association must be fully respected, protected, promoted and fulfilled in Malawi.‚Äù

HRDC organized a national wide protest on June 20 followed by a vigil on July 4 in the capital Lilongwe to force Malawi Electoral Commission (MEC) Chairperson Dr. Jane Ansah to resign for failing to manage the May 21 tripartite election.

Mutharika promised to use force in dealing with HRDC. 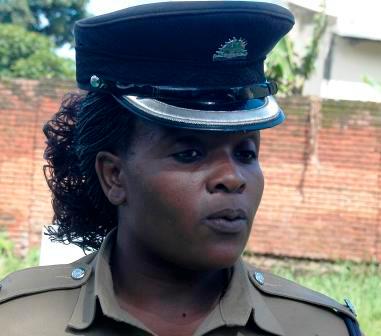