ZAMBIA – A 34 YEAR old man of Chief Nyanje in Sinda District, Eastern Province has been burnt to death after the vehicle he was in was involved in an accident and burst in flames. 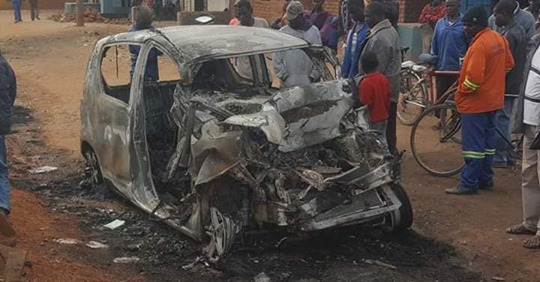 The accident happened this morning around 01:00 hours near new Sinda market along the Great North Road involving a Toyota Port registration number ARB 800 which the victim was driving.

And Police Spokesperson Esther Katongo has confirmed to local press saying the accident occurred when lost control of the vehicle due to excessive speed and careered off the road and in the process hit into a stationary truck and trailer before his vehicle burst into flames.

Katongo said the driver was also burnt to death and his body remains are in St Francis Mission Hospital Mortuary.