The Democratic Progressive Party (DPP) has called on Malawians to remain calm, united and stop vandalising government properties as the election case is still in court.

Former Finance Minister and DPP vice president for the North, Goodall Gondwe made the appeal during a thank you rally conducted at Karonga Freedom park.

He said people in Karonga should not take advantage of the demonstrations to vandalise government structures.

‚ÄúWe will not condone vandalism. Let us take care of the structures we have since vandalism negatively affects development.

‚ÄúI urge DPP supporters not to be afraid because we won the elections. If we are not retaliating, it does not mean we are afraid of anything, and we will stand up for justice,‚Äù said Gondwe.

Minister of Lands and Urban Development, Vuwa Kaunda, said DPP won the presidential elections, therefore, Malawians should know that there is a government in the country.

He said the DPP government preaches peace and believes that disagreements can best be resolved through dialogue.

The rally was also attended by Minister of Health and Population, Jappie Mhango, Traditional Authorities Kalonga, Kilupula and Mwakaboko, and some government officials.

Prior to the rally, the ministers toured the vandalized structures to appreciate the extent of the damage. 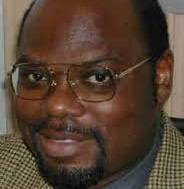