Simon Wambua Mbuvi, 44, earned a living in Kenya as a farm labourer.

Now, he will spend the rest of his life in a Chinese jail, joining 30 other Kenyans languishing there for various crimes.

Two weeks ago, the Chinese Intermediate PeopleŌĆÖs Court of Guangzhou Municipality in Guangdong Province found him guilty of trafficking┬Ādrugs┬Āconcealed inside his stomach into Chinese territory.

Court documents obtained by the Nation show that Chief Judge Hu Peng and colleagues Wen Fangdao and Huang Jian found Mbuvi had about 947 grammes of cocaine in his stomach and gave him a life sentence.

Under the Chinese criminal law, he would be facing a death penalty had the amount been a kilo or more. Except┬ĀMbuvi┬Āwas not a veteran trafficker.

Whether out of greed or naivety, MbuviŌĆÖs ordeal began on the morning of November 25, 2018 after he touched down in Guangzhou via an Ethiopian flight.

As a first-time traveller to China, the Kenyan was everything but a trafficker: he had a valid visa, a return ticket and an itinerary of what he was to do in China ŌĆō ŌĆ£buy some items and bring them backŌĆØ.

But his trip had been choreographed by a network of drug kingpins. It had started three months earlier when a woman known as Breda approached him with an offer of $2,050 (Sh211,150) to undertake an assignment for her.

Breda, also known as┬ĀFridah, did the spadework of buying the ticket, paying visa fees and linking him to other people. She however did not say the man would be on an illegal drugs delivery assignment.

So, on the morning of November 24, Mbuvi set out for China through the Jomo Kenyatta International Airport. He travelled to Addis Ababa for a connecting flight and was linked to two other men.

His hosts gave him food, told him to rest then convinced him to swallow 79 capsules using water and soda. Later, they dropped him off at the airport where he would board the flight to China.

But there was one instruction: he was not supposed to eat anything aboard the 12-hour flight. In China, some other agents would receive him and host him.

ŌĆ£Customs personnel, through an X-ray machine, found that the inside of his body contained suspected granular items and handed the matter over to the Guangzhou Baiyun Airport Customs Anti-Smuggling Sub-bureau in Guangdong.ŌĆØ In two days he had discharged 79 capsules. They weighed 947.03 grammes.

He stayed at the Guangdong Provincial General Hospital for two days, satisfying authorities that he was not a drug user himself.

Mbuvi, a first-time offender, tried a spirited defence, telling the court through a translator that he did not know he had swallowed drugs. When this was dismissed, he said Fridah had forced him to swallow the drugs as part of the deal.

The judges dismissed the defence and ruled that he had carried a substance ŌĆ£extremely harmful to the societyŌĆØ.

They seized the cash he had been given and his Tecno mobile phone. The court statement published his Chinese contacts but their legal identities differed from the names saved in his phone, suggesting a routine use of nicknames.

Fridah had first contacted Mbuvi in July 2018 and inquired whether he had a passport. She arranged the trip, issued instructions and demanded updates.

Mbuvi was given 10 days to appeal. But in the meantime he will cool his heels in jail. His passport will be handed back to Kenyan authorities.

Kenya and China have no bilateral arrangement to exchange prisoners. So, he may spend the rest of his life in prison there. 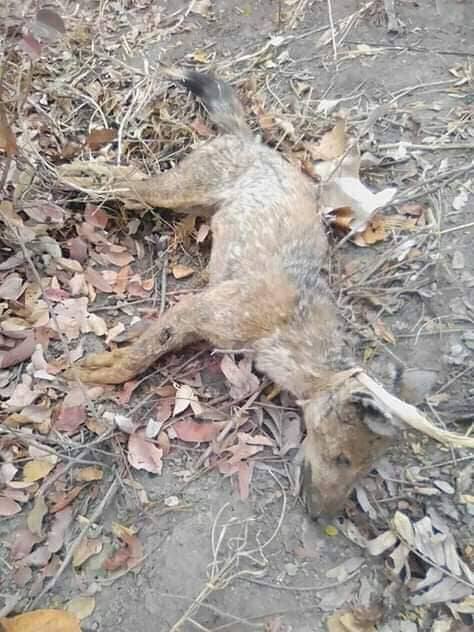 Wild Animal Storms Girls Hostel in Mzimba at Night, Bites Off One Student