A 43 year old lady has been arrested in Zomba for allegedly poisoning her Irish husband Terry Martin Collins to death.

The suspect Thokozani Maulidi, in 2011 went to Ireland for studies. While there, she got married to Mr Collins 72 and stayed there for almost 7 years.

In 2018 they both came to Malawi and settled in Zomba.

In April, 2019, the deceased fell sick and was admitted to Zomba Central Hospital for days before he was pronounced dead on 9th April, 2019.

After being suspicious of his death, the body was taken to College of Medicine in Blantyre for postmortem where it was discovered that death was due to poisoning by termik.

After investigations, Maulidi was arrested for murder under Section 209 of Penal Code and the case has since been committed to High Court for full trial.

Meanwhile, the accused has been fully remanded to Zomba Maximum Prison. 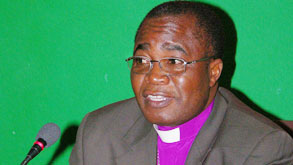