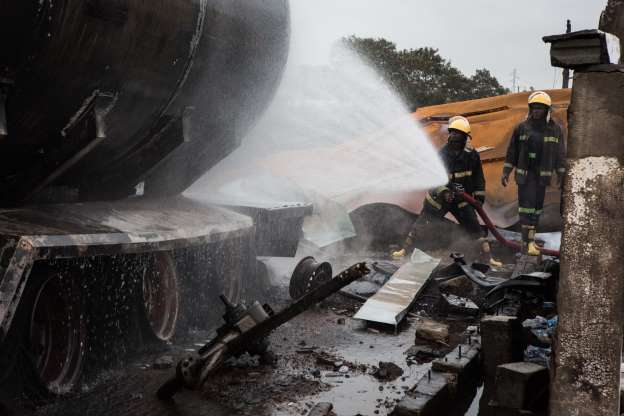 At least 10 people were killed when a fuel truck exploded in flames after losing control and ramming into three cars in western Uganda on Sunday, police said in a statement.

“So far, 9 burnt bodies have been retrieved from the scene and transported to Lugazi Health Centre for further post-mortem analysis and DNA profiling,” said the statement, which was issued early on Monday.

Another body was still trapped under the truck, it said.

Last week a similar incident happened in Tanzania where at least 80 people lost their lives.