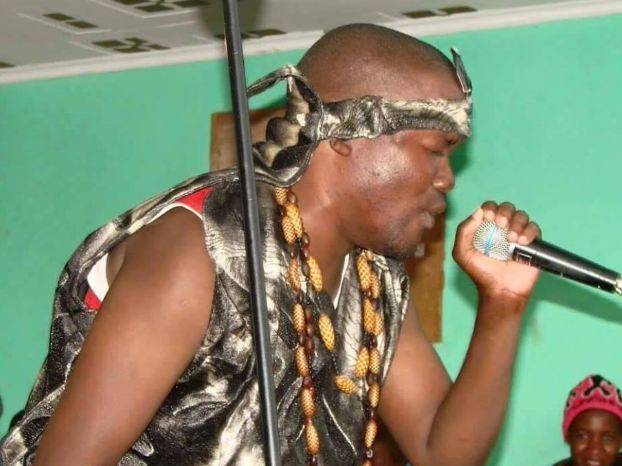 Speaking after donating the money Dausi who is also parliamentarian for Mwanza Central Constituency said he has decided to splash the money to promote poetry in the country and also Madzedze is coming from the same area hence the donation.

“I should urge you poets that you must not combine politics and poetry in order to gain the mileage,” he said.

In his part Madzedze thanked the Homeland Minister for timely gesture saying the money will going to help him to sharpen his career.

He said most people think that poets dwell mush in their work on politics saying it is not true evidenced by the donation from the Minister.

“I also want to thank the audience for patronizing his album launch in their large number I don’t take that for granted,” he said.

The show was spiced by songs and dances.