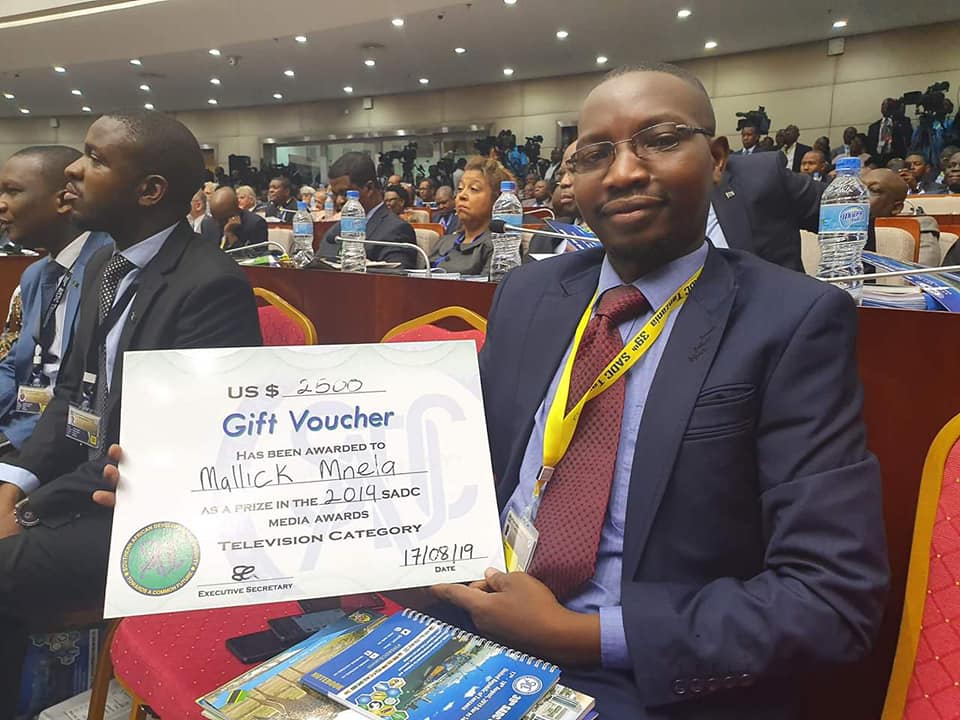 “I never expected it to be this big. Honestly, (to me) it was just an ordinary daily routine work,” said the jovial Mnela in Dar es Salaam, Tanzania where he received the award.

Mnela who currently works as a freelance journalist, was among the six journalists in SADC Region who submitted entries under Sadc media competition, radio category.

A Sadc document made available to Mana, reads, “Mallick Mnela from the Republic of Malawi was awarded the first prize of USD 2,500 for his entry on Malawi’s peacekeeping assignment in the Democratic Republic of Congo.”

Commenting on the selection of the winners, Mnela said: “I think the adjudication is fair. The integrity of Sadc cannot be questioned. The secret perhaps, is writing stories that cover issues that impact on or relate to Sadc member countries.”

Mnela’s runner-up is Mr. Butler Nhepure from Zimbabwe who was awarded USD1,000 for an entry titled: SADC food deficit- A cry to the sky, which highlights the growing concern of food deficit in the Sadc Region.

The Sadc handbook, says the runners up will each receive USD1,000 through their national contacts in their respective countries.