SOUTH AFRICA – Nine Durban University of Technology students have been charged with attempted murder after an incident in which petrol was poured on a security guard and almost set alight on Wednesday. 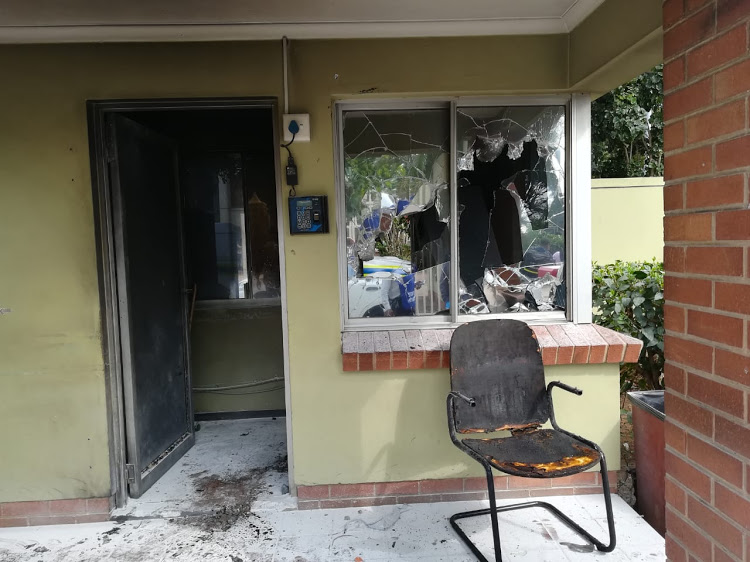 According to police, the incident took place at the University’s Steve Biko campus on Wednesday morning, as classes were set to resume after a three-day suspension of the academic programme.

“The students attacked a 27-year-old security guard who works at the tertiary institution.

They assaulted him, poured petrol on him and attempted to set him alight. He was rescued by his colleagues who witnessed the attack. He sustained severe injuries and was conveyed to hospital for medical attention,” said SAPS provincial spokesperson Brig Jay Naicker.

A maintenance room and two security guardhouses were set alight.

Classes were suspended on Friday after students protested and marched to City Hospital, where a student, Sandile Ndlovu, is in intensive care.

Ndlovu was stabbed in a lecture room last Monday. Students demanded to see security footage from the day of the incident, which the university said it could not provide.

University management met with the SRC on several occasions where the student body asked that security company Excellent Security be removed immediately.

In a statement issued on Tuesday, the university said the SRC had threatened to shut down the campus if they did not remove the security company.

“Earlier this morning, during the meeting with the SRC, management reiterated that the procurement process for appointing the new security services provider for campus protection is close to completion.

“However, the SRC threatened that they will not allow lectures to resume and demanded that the university shut down, close the residences and stop services to students until Excellent Security have been removed. This demand has serious implications for the more than 34,000 DUT students, our staff and our stakeholders,” the university said.

Naicker said the students, aged between 20 and 30, would appear in court soon.

SRC president Thamsanqa Memela could not be reached for comment.