A 62 year old, Anastancia Nsingo (pictured above) from Thombankala Village in Zhombe, Zimbabwe-Midlands province reportedly sent a monitor lizard to suck the blood of her niece who later died.

This was disclosed by Grant Ndlovu who said his mother had since been forgiven for killing his daughter Gracious. 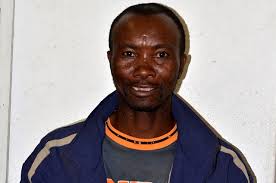 “She called a family meeting where she confessed to unleashing her monitor lizard to suck blood from Gracious leading to her death. After that she asked for forgiveness from my wife and I,” said Ndlovu.

Thereafter, the family performed rituals at the gravesite.

“We went to my child’s grave where we asked the deceased to forgive my mother,” said a heartbroken Ndlovu.

The mother of the child Viola Sibanda said initially her parents were the ones accused of witchcraft by mourners.

“My parents were picked from the crowd accused of killing my daughter. So after my mother-in-law’s confession they demanded compensation of five cows. They were eventually paid $1 500,” she said.

Nsingo said she could not discuss it.

“We talked as a family and I cannot tell you what we discussed,” she said.

She blamed her situation on evil spirits.

“Now I’m not feeling well and I‘m here in Bulawayo (Nguboyenja suburb) to seek treatment because there is a spirit that is troubling me at my homestead. I cannot sleep,” she said.

At least 30 people, including several children, are reported...

Your post-coitus behaviour could have a huge impact on...
FaceofMalawiNEWS