There were mixed fortunes in court on Monday for 39 out of 43 suspects arrested in connection with the brutal murder of a police officer at Msundwe on the outskirts of Lilongwe City last week.

Three separate magistrates in Lilongwe heard their applications for bail and, at the end of the day, 27 were granted bail but only seven instantly walked to freedom. The remaining 20 would be released this Wednesday.

The court also reserved its ruling on the other 12 who will know their fate the same Wednesday.

The applications were split among magistrates Violet Chipao, Diana Mangwana and Florence Msekandiana.

The 20 that appeared before Chipao have not been charged yet and have been kept in police custody since their arrest.

Their continued remand followed a plea by the State which said it was still investigating the case. The State prosecutors asked for five days effective last Friday and expiring this Wednesday.

In her ruling, Chipao observed that the State has flouted the 48-hour rule for the 20 by not charging them on their suspected crime; hence, they have the right to be released.

She said: ÔÇťThe court has not found valid justification for not granting bail to the suspects. Since the State asked for five days from Friday until Wednesday, therefore, each suspect is expected to pay a cash bond of K20 000 and each should have one surety who will give a bond of K100 000.ÔÇŁ

In another court room, Mangwana granted seven people bail. The seven were charged with endangering life of road users.

ÔÇťThe court has decided to grant all the accused bail with a cash bond from one surety of K100 000 and on top of that each accused person is supposed to report to police once a month,ÔÇŁ she said.

But things were different in magistrate MsekandianaÔÇÖs courtroom where she reserved her ruling to Wednesday for 12 people accused of endangering safety of people.

Lawyer for the 20 suspects who appeared before Chipao, Sylvester Ayuba James, told the media after the ruling that he was satisfied and hoped the courts set dates for trial soon.

There are four suspects remanded at Maula and are expected to appear before the court to answer charges of murder, bringing the number of the arrested to 43.

Police Mobile Service officer Usumani Imedi was last Tuesday stoned to death in running battles between Police and communities in Msundwe along the Lilongwe-Mchinji Road. The community members were reportedly protesting against the holding of a Democratic Progressive Party (DPP) rally addressed by President Peter Mutharika at Kamuzu Institute for Sports in Lilongwe City.

Witnesses at Msundwe last week said that the protesters overpowered and chased the police officers who were clearing rocks and logs used to block the road and that Imedi was the last man standing in the commotion when he met his fate.

1 Person Dies, Others injured in Road Accident in Dowa District 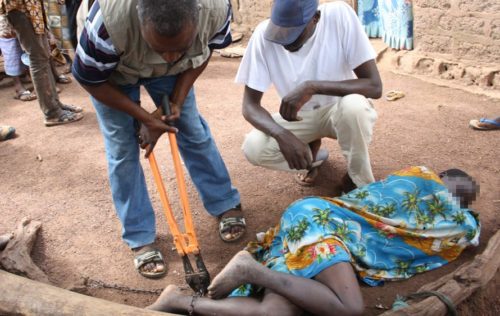 Man Kidnaps School Teacher, Ties Her To A Tree And Continuously Rapes Her For 5 Hours (See Photo)