Reports indicated that MICHAEL Jackson was found dead after suffering a cardiac arrest attributed to a fatal dose of the anaesthetic propofol at the age of 50.

The King of Pop’s personal physician, Dr Conrad Murray, was convicted of the involuntary manslaughter of Jackson in 2011 and served two years in prison.

But in new documentary Killing Michael Jackson, the three US detectives who led the original probe into Jackson’s death on June 25, 2009 – Orlando Martinez, Dan Myers and Scott Smith – speak exclusively for the first time, revealing what they found inside the room where Jackson died.

Photographs from inside Jackson’s home treatment room and bedroom are revealed in the documentary. 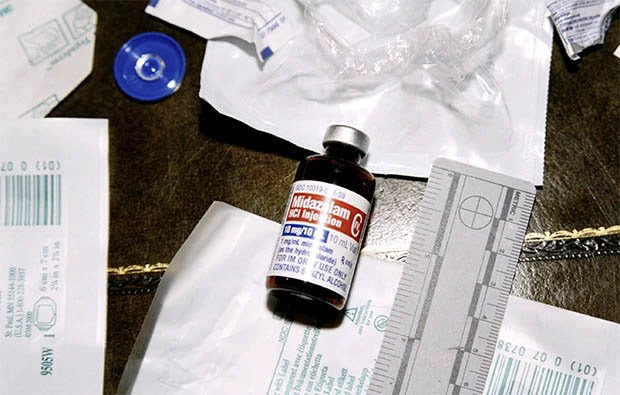 FATAL OVERDOSE: Michael Jackson had a heart attack due to having too much propofol

“So we knew that sometime during this medical emergency, Dr Murray had stopped either giving CPR or had waited to give CPR and cleaned up everything”

“There were post-it notes, or pieces of paper taped all over the room and mirrors and doors with little slogans or phrases,” he said.

“I don’t know if they were lyrics or thoughts. Some of them seemed like poems.

“In the room where he was being treated, it did not seem like a room fit for any type of medical treatment.

“I mean, it was like a home, makeshift medical suite. It was just bare bones.”

DISARRAY: Michael Jackson’s bedroom was described as ‘a mess’ by detectives

“I just remember going in there and there was an IV stand, a saline bag and just various medications strewn about.”

In the film, Martinez also describes what he found in Michael Jackson’s treatment room.

“We found a bunch more medicines that were used, like propofol.”

“We found all the waste, all the trash,” he said, “The needles, the empty bottles, the stuff that, when we went into the room, should have been laying there.

“So we knew that sometime during this medical emergency, Dr Murray had stopped either giving CPR or had waited to give CPR and cleaned up everything.”

“Within 48 hours, it appeared that it was a suspicious death in that there was something more than just an overdose.”

Man In Cooler For Publicly Assaulting His Wife In Salima

Man In Cooler For Publicly Assaulting His Wife In Salima

Leader of opposition Kondwani Nankhumwa has spoken against earlier...

According to Healthline you may not realize this, but...

An egg was thrown at King Charles again today,...
FaceofMalawiNEWS