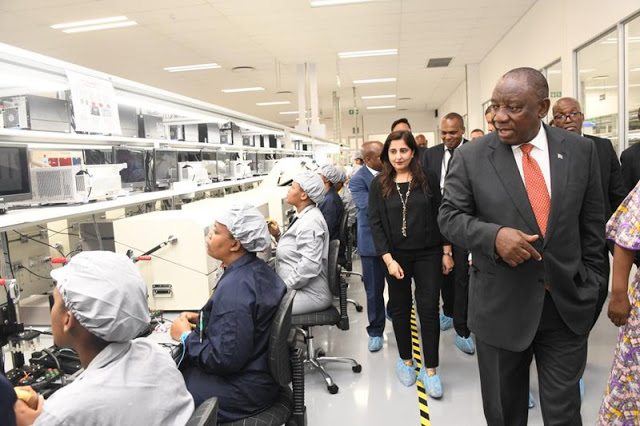 Ramaphosa described the Mara Phones plant President Ramaphosa as a great moment in South Africa’s drive to be a producer of goods. 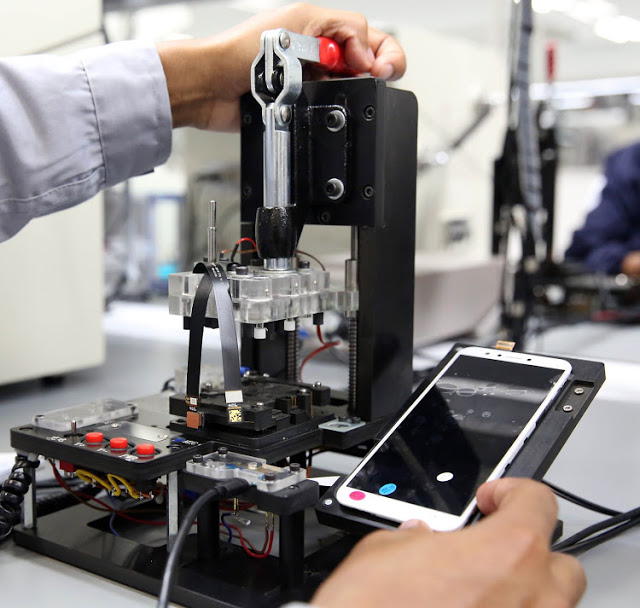 The launch of the plant shows that South Africa is indeed a place where people should invest,”  said Ramaphosa.

He is the founder of Mara Group and Mara Foundation, and he is a co-founder of Atlas Mara. Thakkar was born in the United Kingdom, but he moved to East Africa as a teenager before founding Mara Group, a Pan-African conglomerate, at the age of 15.
Ashish J. Thakkar is a Rwandan-based entrepreneur.

The smartphone company, which was established in 1996, opened its first smartphone factory in Kigali, Rwanda last week.

Mara Phones will have an initial workforce of 313 in year one but plans to increase its staff complement to 1 369 in the next five years.

At the moment, the plant has 200 formerly unemployed engineering graduates, 66 percent of whom are women and 92 percent youth.

KwaZulu-Natal Premier Sihle Zikalala said the Mara smartphone plant was one of the successes of the Ramaphosa’s investment conference drive last year.

“We will continue to support foreign and local investors to ensure that they succeed. Make eThekwini more vibrant. Investment conference has yielded the result of SA’s first smartphone production plant,”
said Zikalala.

In March, the SA Reserve Bank said that investments direct investment inflows in South Africa had increased to R70.7 billion from R26.8 billion in 2017.

Mara Phones chief executive Ashish Thakkar said the company had delivered on its promise to open a smartphone plant in South Africa.

“It is Africa, South Africa and Mara’s dream that has been fulfilled. We have finally launched smartphone factor that will create jobs for South Africans. It is high tech manufacturing in South Africa by South Africans,”
Thakkar said.

“This our first investment in South Africa and it has been phenomenal. We are proud to contribute to South Africa’s fourth industrial revolution. The project has happened in record time due to support form the government. Let’s celebrate Africa and South Africa.”

The company will roll out 200 Mara stores across the country. Part of the revenue from sales will be used to support youth empowerment, women empowerment and job empowerment.

Proudly SA chief executive Eustace Mashimbye said the opening of the plant represented an opportunity for the replacement of nearly 4 million smartphones that the country imported in 2017 alone.

“The establishment of Mara’s smartphone production plant here in South Africa sends a very strong message of confidence for local manufacturing in our country,”
Mashimbye said.

“This operation has an extensive and diverse supply chain for which Mara has committed to sourcing from other local enterprises, creating many much-needed jobs in the process. We need many more Maras to see the advantages of setting up bases in South Africa, and of being part of the Buy Local movement.”