Demonstrations organized by the NGO Gender Coordination Network against Malawi police officers suspected to have raped women in Msundwe, are underway in Lilongwe.

The march has started from Kamuzu Central Roundabout, heading all the way to Civic offices at City Centre.

The march is in solidarity with Msundwe women who were allegedly harassed by police personnel few weeks ago.

The women are marching under the banner of Women Manifesto Movement.

Police officers were deployed to the area to control the situation but things went wrong resulting to the death of Imedi, a police officer who was stoned to death. 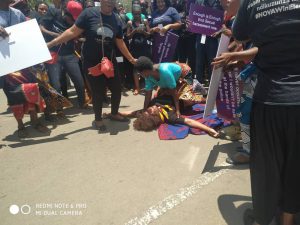 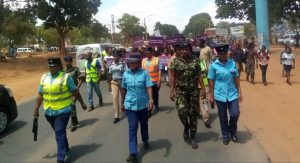 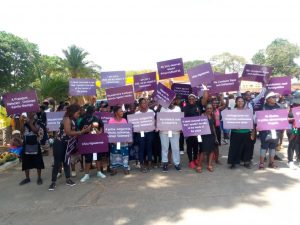 (Visited 35 times, 1 visits today)
Previous articleWoman speaks after cheating boyfriend hangs self at her house
Next articleMan Kills his Girlfriend’s Mother for Interfering in their Relationship

At least 30 people, including several children, are reported...

Your post-coitus behaviour could have a huge impact on...
FaceofMalawiNEWS