Mhango said this when he visited Karonga Hospital on official duty where he also met traditional leaders and stakeholders.

He said it was worrisome that about 30 of pregnancies at the hospital, were teenagers, who were supposed to be in schools.

Mhango said there was need for immediate intervention by chiefs and stakeholders on the matter.

ŌĆ£Let me ask Chiefs, District Council and other stakeholders to quickly intervene with awareness messages to curb the situation. The young girls are supposed to be in school and the 30 per cent statistics is quite worrisome,ŌĆØ he observed.

Commenting on teenage pregnancies, Director of Health and Social Services, Dr Phineas Mfune said on its part, his office through youth friendly health services is doing all it can to raise awareness.

He said 30 per cent of pregnant teens at the hospital was indeed an alarming figure.

Mfune complained of inadequate space at the maternity ward, shortage of drugs, infrastructural maintenances and others.

Mhango thanked the hospitalŌĆÖs management for its professional handling of Ebola speculation.

ŌĆ£It was not easy but they professionally handled everything and right now things are returning to normal,ŌĆØ he said.

The Minister then challenged management to do minor maintenances on the hospital infrastructure, saying the Ministry would support the crucial parts including ensuring availability of drugs. 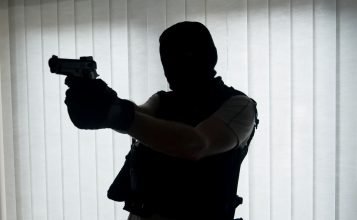 Fuel supply to stabilise: Zimbabwe 5.6m litres of fuel to arrive in Malawi