GHANA – A 45-year-old Susana Fosuaa is currently battling for her life in hospital after her ex-husband, David Akwasi Twum, 48, allegedly butchered her for jilting him for another man. 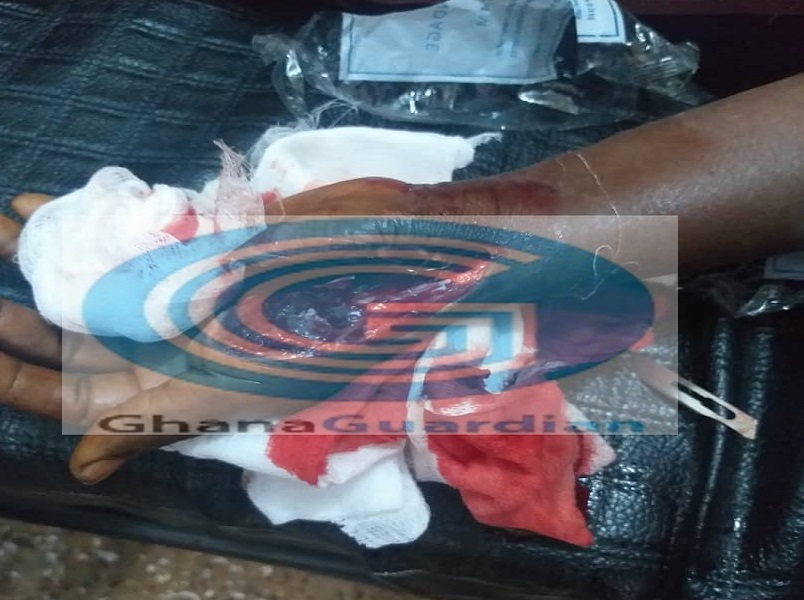 The unfortunate incident reportedly occurred on Monday, October 28, 2019 at Pinihin, a farming community in the Nkoranza North District of the Bono East region in Ghana.

Their son, who only gave his name as Stephen told reporters that his parents have been in a relation for about 27 years and are blessed with 4 children.

According to Stephen, his father (the victim) fell sick about a year ago and his mother took him to the family house in Yefiri and requested of their assistance in taking care of the man which they obliged to.

Stephen said after his father got well, his mother demanded that he (Akwasi Twum) should go and meet her family to pay her bride price if he so wish to continue with her as his wife.

According to Stephen, because his father couldn’t afford it, the mother jilted him.

The Victim Susana Fosuaa then got a new man and they both stayed at the same house built by Akwasi Twum at Pinihin.

Twum, who could no longer tolerate that ‘nonsense’ went to the house around 2pm and slashed the victim’s head with a cutlass. When she tried escaping from the danger, she fell down due the slippery nature of the ground. Akwasi pounced on her and inflicted serious injuries on other parts of her body.

Neighbours who were around at the time, went to rescue Susana and rushed her to the hospital.

The suspect is currently in police custody whilst investigations continue.