A former worker at the Bingu International Convention Center (BICC) and President Walmont Hotel in Lilongwe has revealed details about the exploitation that the top bosses do to Malawian workers at the hotel.

The ex-employee, Emmanuel Yobe, who was amongst first employees after the launch of the hotel under management of Peermont, said they were getting K1, 500 a day instead of K6, 000 a day.

Yobe added no matter how long one could work, the company was not giving workers overtime bonuses and would not even provide transport to drop them off to their respective homes.

‚ÄúMostly, I could work for a minimum of 11 hours to a maximum of 16 hours. We could knock off at 22:00 hours and wait for an hour or two for the transport. I could reach home at 01:00 hours, or beyond, and get back to work early in the morning.

He further added that it was later revealed that some top bosses at the hotel were getting 75 percent of their salaries.

This was revealed after one of the employees then (Yobe‚Äôs friend), accidentally received a pay slip from Peermont Hotel headquarters in South Africa.

‚ÄúThe pay slip indicated that R9, 000 was the person‚Äôs monthly salary, which was approximately K420, 000 then and yet the person was getting K75, 000 a month a development which angered all the employees,‚Äù he said.

According to Yobe, an Indian chef by the name Singh who had a room in the hotel and there was no actual work which he was doing, was getting an excess of K750, 000 a month a development which fueled Malawian employees‚Äô anger.

At the same time, a Malawian chef who was promised a 150 percent salary increase when he was coming from Peermont South Africa, had the promised salary reduced for no reason.

Yobe concluded by saying that junior employees at the hotel and other international hotels are still being ill-treated but have no one to rescue them from the exploitation. 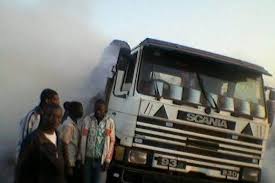 One dies, 3 injured in truck accident at Wateleka in Mzimba.