BLANTYRE – Police in Blantyre are hunting for a 23 year old man for allegedly duping Blockbuster Mega Store at Ginnery Corner of property worth MK 1, 375, 500.00. 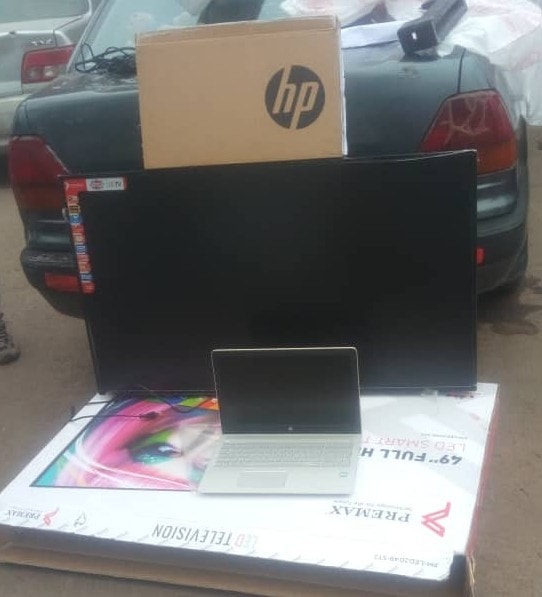 On September 30, 2019 the suspect visited the store posing as a potential buyer and requested for Premix plasma television screen, HP Laptop computer and other portable items.

He asked for the company’s bank account number through which he said he would pay for the items through his New Building Society (NBS) mobile money banking account.

Using his phone and in the presence of the owner, Siva Nagireddy, Indian by nationality, he did a mobile money transfer and the transfer of the total value MK1,375,500 of the items was made.

However, the following day when an official from the shop went to the bank, the transfer of funds had not been successful into the account and that the suspect had used a fake bank account to transact.

A follow up with the suspect was made as some workers in the shop had recognized him.

Police were later informed and a search conducted at the suspect’s house in Zingwangwa led to recovery of the Premix plasma Tv and laptop computer.

Meanwhile the suspect is still on the run and the police are appealing for any information which may lead to his arrest.

The Police in the city wishes to remind Malawians of the need to exercise caution when transacting with people through mobile money banking transfers.A lot of fraudsters would want to trick unsuspecting Malawians through these modern technological methods.

The Police further warns all fraudsters in mobile money banking that the law will not spare them.