The Reserve Bank of Malawi (RBM) has maintained the Policy Rate at 13.5 per cent. The decision follows the Monetary Policy Committee (MPC) meeting held between yesterday and today.

RBM Governor Dalitso Kabambe has made the announcement at a press conference in Lilongwe.

According to RBM governor Dr Dalitso Kabambe this is due to the country’e economy resilience despite devastating effects of the Cyclone Idai which hit the country earlier this year.

Kabambe with the current situation the country stands a better chance of attaining the medium term target of 5 percent inflation.

The Policy Rate is the rate at which commercial banks borrow from the central banks as the lender of last resort.

RBM has also projected that the economy will grow by five per cent despite rising maize prices, which the central bank described as temporary and does not pose risk to economic growth. 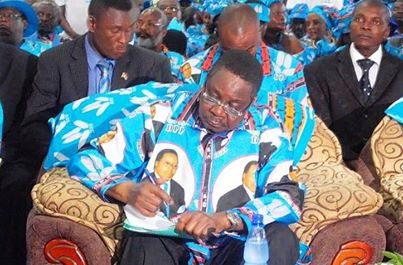