A Kenyan businessman was on Thursday charged before a local court with manslaughter after killing his ex-wife during a fight over a mattress and household items after she got married elsewhere.

Otieno and Adhiambo had been married with three children but they separated after losing two of them. Adhiambo got married to another man, and moved in with the two-year-old child.

On the fateful day, police say Otieno went to Adhiambo‚Äôs husband Eric Oloo to demand for his belongings from his ex-wife, which he claimed she had fled with. A disagreement occurred between them ensued.

Neighbours went to intervene after they heard a commotion at Oloo‚Äôs house and found Otieno assembling some household items that he claimed were his.

Otieno insisted the mattress on Oloo‚Äôs bed was his and demanded for it, but Adhiambo said she had left his [Otieno‚Äôs] mattress at his house‚Äôs balcony and was willing to go and recover it for him.

But a neighbour and Oloo‚Äôs caretaker suspected that Otieno wanted to lure Adhiambo out of Oloo‚Äôs house to harm her and offered to accompany them as she went to retrieve the mattress for him.

Adhiambo left followed by Otieno but before the neighbour stepped back to collect his jacket, while the caretaker was locking his house to follow them, Otieno grabbed and dragged Adhiambo outside the apartment‚Äôs compound, wrestled her to the ground before stabbing her on the thigh.

The neighbour, who is listed as the main prosecution witness, saw Otieno use the bloodstained knife as to scare members of public who attempted to restrain him from running away. Meanwhile, Adhiambo lay down, bleeding profusely. Otieno dropped the knife 100 metres away before vanishing.

Adhiambo was rushed to hospital where she was pronounced dead. Otieno was arrested hiding in a single room he had rented in another area after the incident. The knife is listed as an exhibit.

Otieno denied the charges before court. The next hearing of the case starts on March 10 next year. 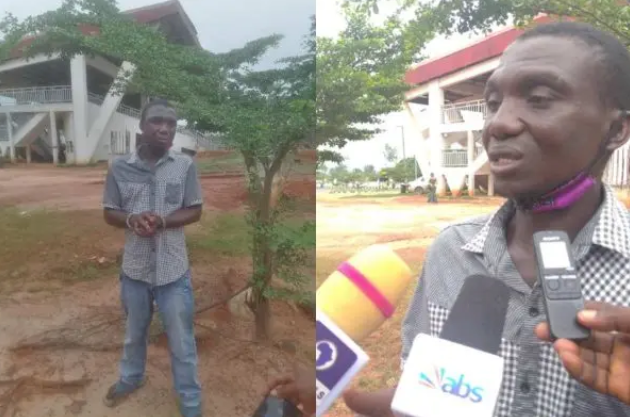 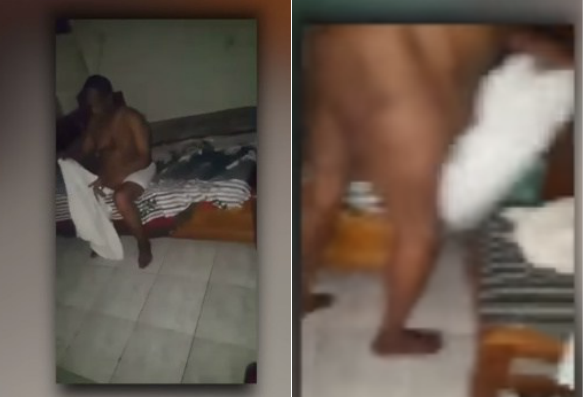 Nigerian Senator Caught in Leaked Video With Two Women, Says He Owes No One An Explanation (Pictures)