Some retired Malawi Prison Service (MPS) employees have demanded speedy processing of their pension dues, a year after they retired.

One of the retirees, Fredrick Banda, who worked for the service since 1991, said they are yet to access their dues, claiming authorities have been dilly-dallying to resolve the matter while attributing the delay to function review.

‚ÄúWe signed forms but we are yet to start receiving our pension. We were told to wait because there were discussions but when we follow up with the authorities, they say the function review is still in progress. But to tell the truth, we are suffering,‚Äù he said

Banda said their former employer is also not helping them as they keep being referred from one office to the other at Capital Hill.

‚ÄúWe went to Capital Hill where they told us that OPC [Office of the President and Cabinet] is yet to sign but time is elapsing and we are losing patience. We pray that people assist us because we are really suffering. We need to farm in our fields, we need fertiliser and other farm inputs,‚Äù he said

Another retiree, Kiswell Phiri, who worked as inspector, said life was hard for him and his family

‚ÄúEver since we stopped receiving salaries, it has been hard to provide for our families. We do not have enough food; even our children are failing to go to school due to lack of school fees. As for me, I am selling tablets of soap within the area I am residing,‚Äù he said

However, Shaba refused to discuss more and instead pushed the matter to Ministry of Homeland Security.

Efforts to talk to Secretary for the Ministry, Sam Madula, proved futile.

The function review follows a salary increment that the workers demanded in 2017 when Malawi Police Service had been considered of the same.

Then warders complained against salary disparities with the police service despite being under the same. 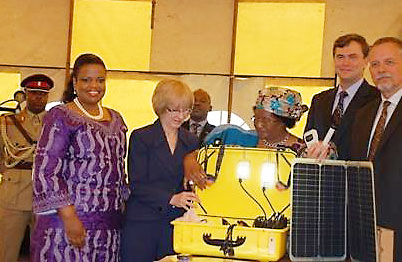 Malawi: Moving from candlelight to electricity