Tanzania on Sunday held local government elections, viewed as a test case ahead of national polls next year, with the main opposition party boycotting the ballot citing violence and intimidation. 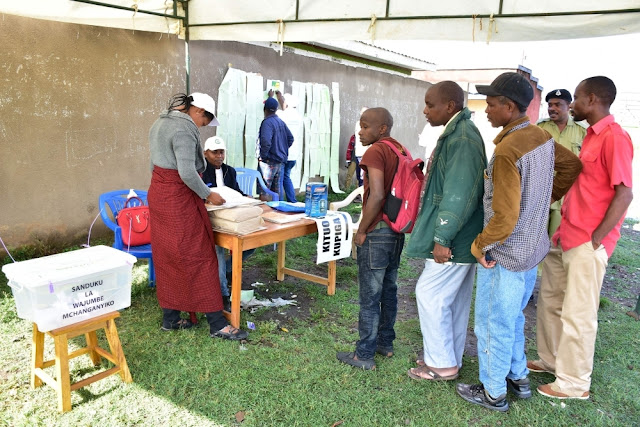 The long-ruling Chama Cha Mapinduzi (CCM) party of President John Magufuli is therefore set to sweep the board.

The nationwide polls, with over 19 million registered voters, elect the lowest rung of local government leaders.

The posts, for the chair of villages and streets, are critical for organizing public meetings and mobilizing grassroots support campaigning.

They hold considerable power. Elderly people in Tanzania do not pay for medical services, but need to have the endorsement from a local leader to access it.

On November 7, however, the leading opposition party Chadema said it would not participate over allegations of government interference. Six other parties have since joined the boycott.

Chadema say their activists have been kidnapped and beaten, and at least one has blamed authorities for an attack in 2017, which saw him shot multiple times.

Several have disappeared and turned up murdered.

“Our party believes it is wiser not to support such electoral cheating,” Chadema president Freeman Mbowe said in November. “To continue to participate in elections of this kind is to legitimize illegality.”

In the economic capital Dar es Salaam, many poll centers were closed because the CCM candidate stood unopposed, and was therefore automatically elected, an AFP reporter said.

Three out of Tanzania’s 26 mainland regions — Katavi, Ruvuma and Tanga — will not hold polls at all due to the opposition boycott.

In a few voting stations, candidates from small opposition parties are standing.

Rights groups say the intimidation of political opponents has escalated sharply under Magufuli, a strongman elected in 2015 whose administration has wielded wide-ranging laws to silence government critics.