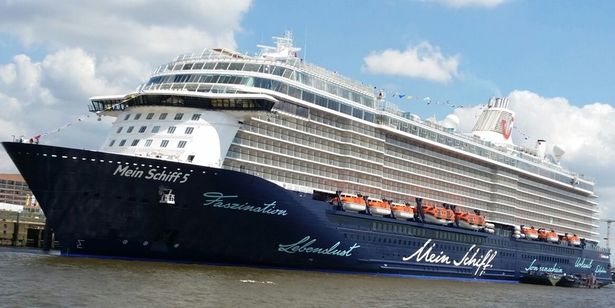 A couple have been kicked off a TUI cruise just one day into their two-week Caribbean trip for allegedly ‘having sex too loudly’.

The pair, who were reported to have left their balcony door open while having intercourse, were ordered by the crew on the ship to disembark in Barbados.

They are now said to be launching legal action against TUI cruises after they were left ‘stranded’ on the island with their suitcases, according to the Reise Reporter.

While the vessel was anchored off Barbados, Renate F, and her husband, Volker, told Reise they were having very loud “consensual sex” but forgot that their balcony door was open.

Afterwards, Renate said the pair began arguing loudly, but claimed there was no violence and no damage to their accomodation.