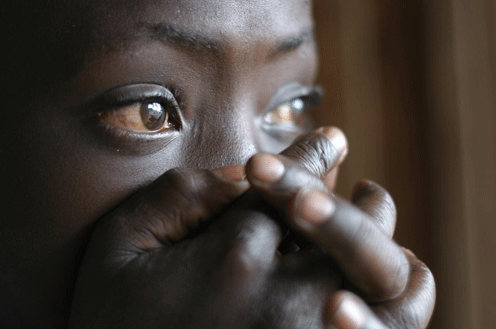 ZAMBIA – Three criminals in Zambia, Mazabuka have been arrested by police for allegedly raping a 17 year old girl of Chikankata area.

The suspects identified as Tryed Ngandu aged 22, Vice Munene aged 19, and Mabvuto Mitelembe aged 17, all of Hangoma Village in Chikankata were on the run but were apprehended on Monday after the day of committing the crime and are detained in Police custody.

Police Spokesperson Esther Katongo has told Mwebantu in a statement that the incident happened on Sunday around 11:00hrs at Gumba area in Chief Hanjalika’s area Mazabuka.

Katongo said the victim who was in the company of her two brothers aged 19 years and 10 years went to Gumba area to pick world fruits commonly known as Masuku, when they came across the three suspects who were armed with an iron bar and sticks and threatened to kill anyone who was going to shout.

Katongo said the three suspects tied the two brothers of the victim using fiber before raping the sister in their presence and later freed them with a warning of killing them if they revealed what transpired.

“The suspects are in police custody charged with rape and yet to appear in court,” said Katongo.