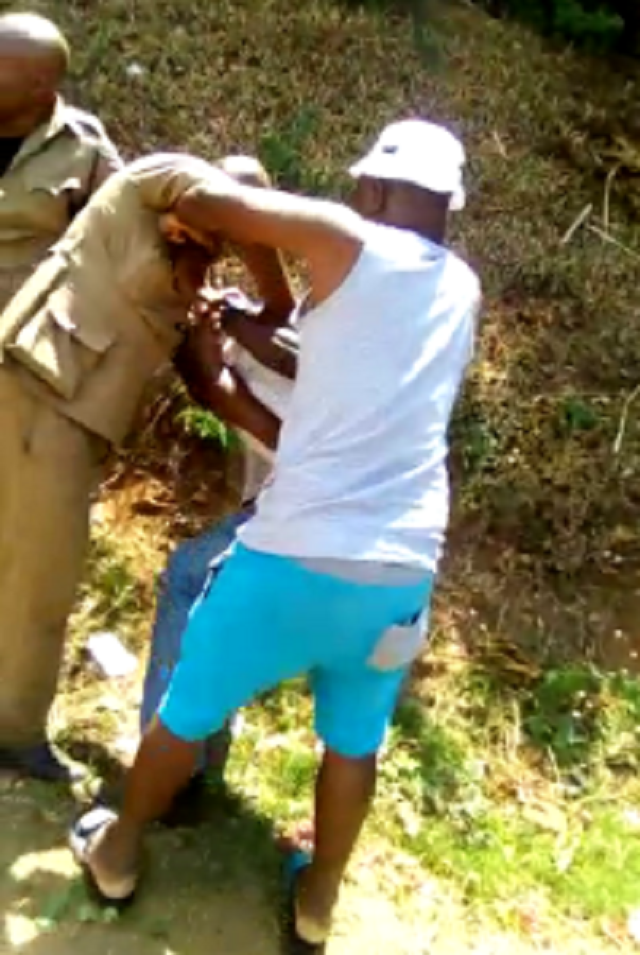 Police in Blantyre have arrested a 38 year old  man Trevor Mtepele for attacking police officers who were in line of duty.

Blantyre Police Spokesperson Sub-Inspector Augustus Nkhwazi has confirmed the development saying the incident happened on Saturday at police junction within Chilomoni Township in the commercial city.

According to Nkhwazi, the two police officers were  on the said date conducting routing traffic checks at police junction within Chilomoni Township.

A Mazda Bongo minibus registration number BU 4645 was heading to Blantyre city from Chilomoni was stopped and booked for a traffic offence of exceeding seating capacity (contravening the Road Service Permit) section 83 of the Road Traffic Act.

Nkhwazi noted that the driver and conductor of the minibus were very cooperative with the law enforcers but the passengers behaved differently.

“Two of the male passengers pounced on our officers, manhandled them and confiscated keys which the officers had collected from the driver as they ordered the passengers to board another bus,” he said.

After the scuffle, the two suspects escaped but Mtepele was on Sunday apprehended at Lirangwe.

Mtepele of Siyasiya village traditional authority Chigaru in Blantyre is expected to appear in court soon to answer charges of assaulting police officers whilst on duty contrary to section 256(b) of the penal code.

Meanwhile, the police are still hunting for one more suspect who is on the run for the same charge.

The law enforcers have since condemned the conduct demonstrated by passengers and have backed the officers saying they were carrying out a lawful duty aimed at safeguarding lives of people and their property on the road.

Said Nkhwazi: “The police will not tolerate any acts of lawlessness in Blantyre or the country at large, be it on the road or elsewhere.”

Just few months ago a police officer was stoned to death by angry in Lilongwe, Msundwe township.