Nico Life Insurance and pensions, the subsidiary companies for the Nico holdings plc, have honored their chief executive officer for being the long service staff for the companies.

The chief executive officer (CEO) Eric Chapola has been awarded for serving the Nico group for the period of 15 years. 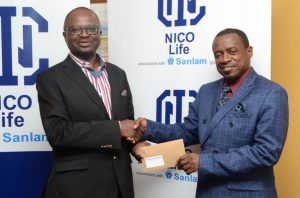 The insurance group has also awarded Lawrence Kaulembe, the assistant human resources and administration manager for serving the company for the period of 10 years.

Speaking in an interview after the long service awarding ceremony in Blantyre on Friday, Chapola applauded the companies for recognizing his contributions.

“Iam really humbled to have been recognized for my achievements. It’s been a very rewarding experience indeed and of which I also want others to emulate,” said Chapola, before disclosing his long time ambitions of venturing into farming. 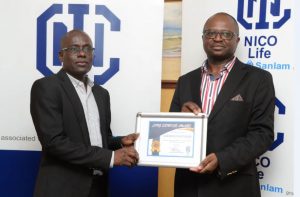 Chapola, who said he joined the insurance industry in 1984 as an account clerk, became the chief executive officer for south African- owned commercial union before it was sold to Nico holdings.

He in 2004, opened Nico office in Uganda before becoming the general manager for Nico general and then moved to Nico Life and pensions in 2017.

On his part, Kaulembe said he was not expected to clock 10 years with the Nico group had it been that he didn’t work hard. 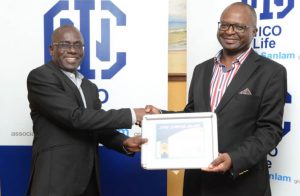 Chief finance officer Chifundo Chiundira applauded two for being a team player, honest and dedicated to their work.

Chiundira said the long service award initiative has been successful since when it was introduced.

“Long service award is the critical component of our group as it gives the opportunity for other members to be acknowledged and appreciated for their contribution to the group. These also go along the way to boost the production and morale of other staff to emulate,” said Chiundira.