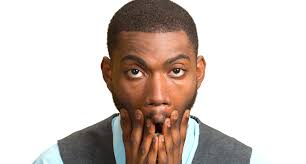 A Harare man desperate to terminate his ‘Lover’s’ unwanted pregnancy took things too far and inserted an abortion pill into her privates without her consent.

The man who has since been arrested appeared before the courts facing charges of unlawful termination of pregnancy.

Reports indicate  that, Tatenda Mugombeyi had unprotected s_exual intercourse with his lover (name withheld) which resulted in a pregnancy.

Mugombeyi’s lover who is the complainant then informed the accused that she was pregnant. Much to the complainant’s disappointment, Mugombeyi refused to take responsibility and tried to persuade her to terminate the pregnancy, an idea she was opposed to.

Taking matters into his own hands, Magombeyi then inserted a pill in the complainant’s privates intending to terminate the pregnancy without his lover’s knowledge.

The heinous deed was only discovered after the complainant fell ill and visited the hospital where a doctor who attended to her discovered that there was a pill inserted in her privates. The discovery then led to Mugombeyi’s subsequent arrest.