MCP denies being behind DPP squabbles

Last week, the social media was awash with a letter purportedly written by Chimulirenji indicating that he has resigned from the ruling DPP.

But DPP moved in through its Secretary General Grelzeder Jeffrey accusing the Malawi Congress Party (MCP) of being behind the fake letter.

Jeffrey threatened to hit back if MCP does not apologize to the ruling DPP.

Reacting claims, MCP has distanced itself from the alleged allegations and the party has refused to apologize. 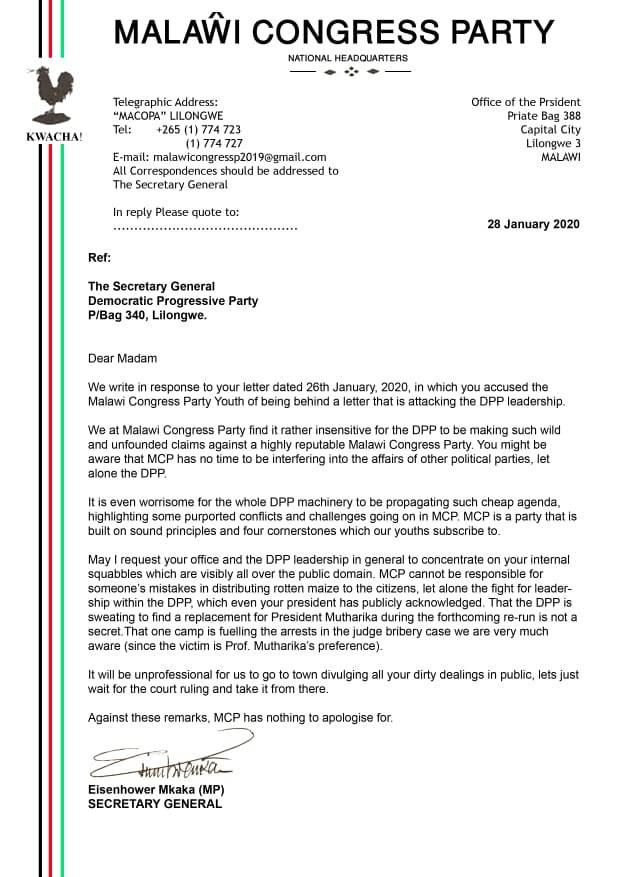 (Visited 30 times, 1 visits today)
Previous articleFollow Up : “I Couldn’t Not Walk The Next Day After Sleeping With My 35 Year Old Boyfriend” – 80 Year old Woman Reveals
Next articleMeet a 9-Year-Old Business Owner who Employs Only Disabled to Improve their Lives