Nigeria – The Ebonyi Police Command has arrested a 20-year-old herdsman, Laulo Isa, in connection with the alleged rape and murder of a 56-year-old woman, identified as Mary Okereke.

The Commissioner of Police, Awotunde Awosola, told newsmen in Abakaliki that the suspect allegedly committed the act around 8pm on December 28, 2019 in Ohaozara Local Government Area of the state.

Awosola said the suspect allegedly accosted the victim on Ufuezeraku Ugwulangwu road and raped her to death.

He said following a tipoff, police detectives rushed to the scene and took the victim to a nearby hospital, where a doctor confirmed her dead.

He said her remains were later deposited at the mortuary for autopsy.

“There was a struggle between the two of them but he overpowered the woman and had carnal knowledge of her.

“Unfortunately, the woman lost her life during the incident.

“We got the report from Ohaozara division that a lifeless body of a woman identified as Mary Okereke was lying along a bush path at Ufe-Ezeraku Ugwulangwu,” he said.

The police boss further said that police operatives later searched the forest and farmlands in the area with the assistance of youths in the community.

He said the suspect, who lived in the forest, was arrested during the search, having forgotten some of his belongings at the scene of the incident which were used to identify him.

Awosola said the suspect confessed to the crime “voluntarily”, adding that he would be charged to court as soon as investigation on the incident was concluded.

He commiserated with the bereaved family and community and urged them to remain calm, assuring that the suspect would face the full wrath of the law.

Speaking in an interview with newsmen, while being paraded at the command’s headquarters, Isa alleged that the deceased insulted him, leading to a struggle before he was able to overpower her.

The suspect, who hails from Nasarawa State, claimed that he was not in his right senses when he committed the act and regretted his action.

“I was drunk and really not in my right senses when I committed the act,” Isa said. 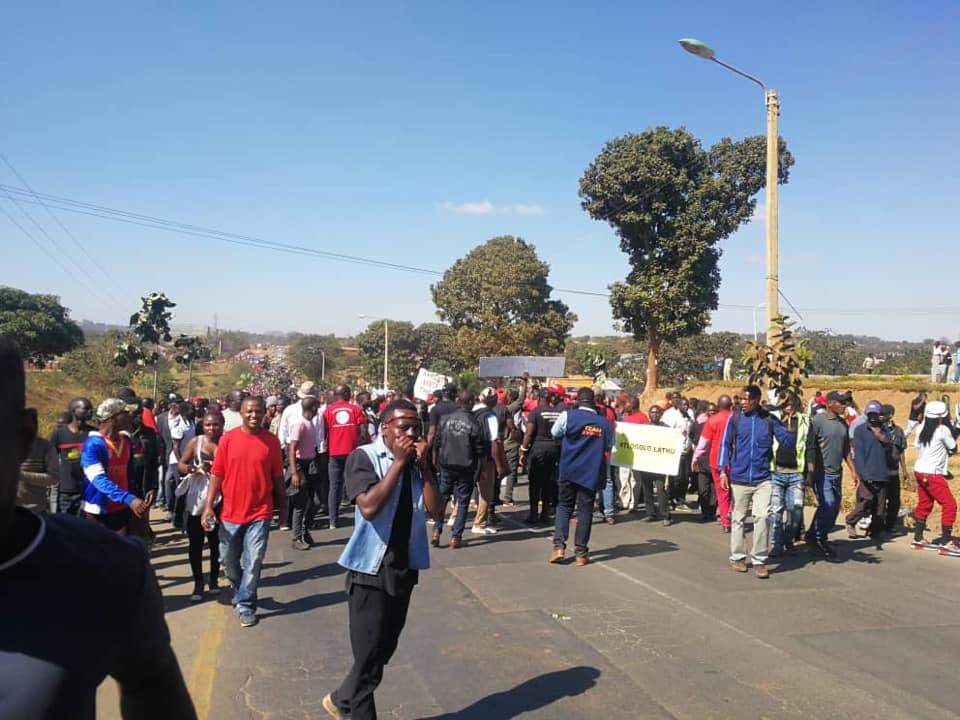 DemosUpate – Organisers Of Demonstrations In Lilongwe Fail to Deliver Petition