Former Deputy Minister of Finance And Economic Development for Zimbabwe, Terrence Mukupe, has fired back at Prophet Shepherd Bushiri following allegations that the Prophet cheated on and impregnated his wife commonly knows an Rachel J in entertainment circles.

Bushiri who is the founder of the popular Enlightened Christian Gathering (ECG) church furiously denied the allegations and threatened Mukupe with legal action unless he retracts his claims.

However, instead of backing down and retracting, Mukupe seems to have doubled down on his position. Undeterred by the threats of legal action, Mukupe rubbished Bushiri’s defence and provided ‘evidence’ to support his claims that Bushiri was having an affair with his wife. This is the same evidence that Bushiri also rubbished in his own statement.

He also called Bushiri a fake prophet who runs a fake church and demanded back the R100 000 that he had seeded in Bushiri’s church. With regards to the legal action, Mukupe told Bushiri to bring it on bragging, that if the matter goes to court, it will become clear who between the two of them “serves a true God.”

Responding on his own social media page, the former minister said,

Prophet Shepherd Bushiri Prophet Shepherd Bushiri, so you have decided to go public on this… no problem… if that’s not you in that pic be my guest… I’m coming after you… if that’s not your mobile you were using for WhatsApp be my guest… you can’t be taking advantage of people like that… I want the R100k that we seeded to your fake church back… false prophet!!! As you said your lawyers are ready to sue please deliver the summons I’m waiting… I want you Bushiri to deny that you met her three times Lilongwe, Pretoria and you Rustenberg place with my blessing, me buying the plane tickets and you offering to go into business with us with Hon Chihana from Malawi in tow… deny it and we will see who serves a true God!!! 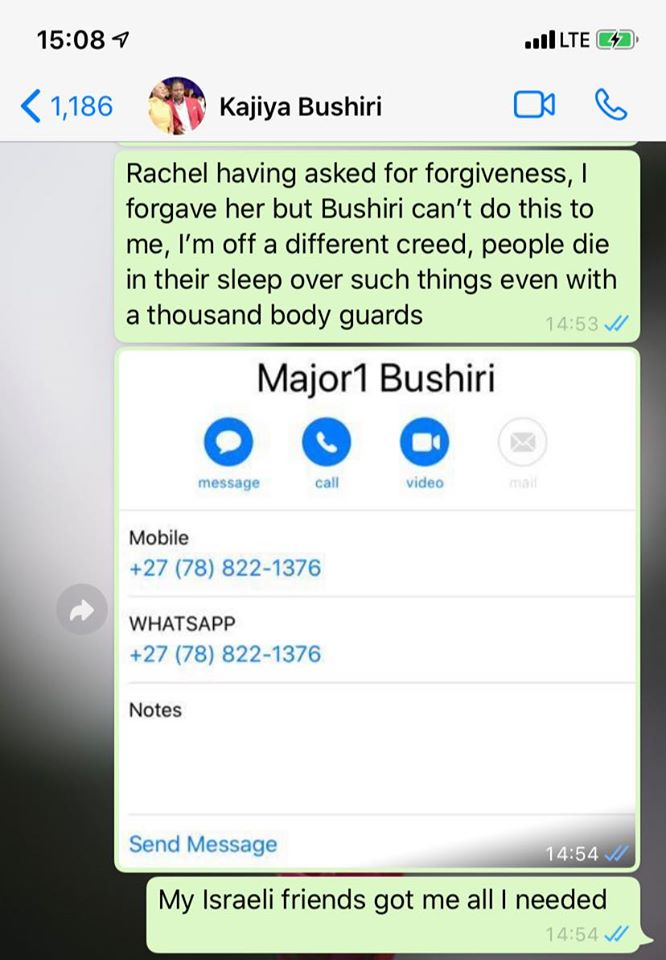 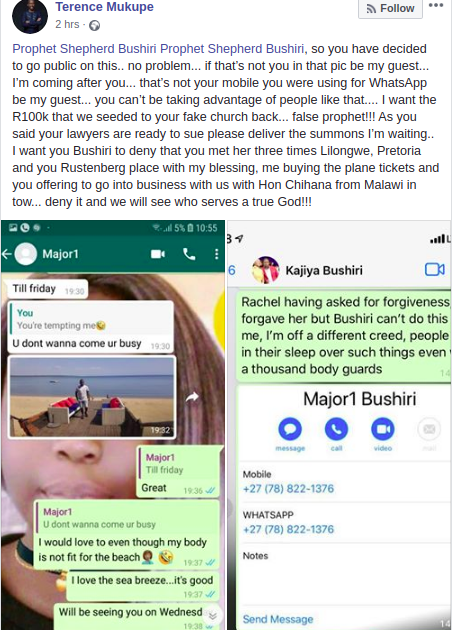 Bushiri is yet to respond to Mukupe’s latest claims