It’s now over ten years since the mysterious figure, or figures, hiding behind the name Satoshi Nakamoto introduced the Bitcoin to the world. In the time since then, cryptocurrencies have started to spring up with incredible frequency with many already falling by the wayside and others emerging as clear leaders. In the latter group, there’s Bitcoin, of course, along with Ripple, Ethereum and Litecoin.

It was probably back in 2018 when most of the world became fully aware of this new kind of currency, with the incredible rise in the Bitcoin’s value making headlines and many early investors growing very rich, at least on paper. The currencies, and the blockchain technology that sits behind them, also started to attract the attention of banks and other financial institutions, who saw that this could be used to make their own systems more efficient leading to faster, cheaper transactions.

However, despite all these points in favour of cryptocurrencies, they are still yet to take off to any significant degree. One of the reasons for this is that they have a – perhaps unfounded – reputation for being used for illegal activities. Another is that governments in many parts of the world are proving reluctant to acknowledge them.
But things may be changing, and some believe that the huge continent of Africa may well be where cryptocurrencies could start to really take off.

No less an expert than Jack Dorsey, CEO of Twitter, pronounced in a tweet in December 2019, “Africa will define the future (especially the bitcoin one!). Not sure where yet, but I’ll be living here for 3-6 months mid-2020.”

It’s certainly true that many of the continent’s millennials have seized the opportunity to invest in cryptocurrencies and have shown an insatiable appetite for picking up any Bitcoin trading tips that they can find online. By learning the ins and outs of trading, younger people can supplement their incomes, which is especially important for those with lower-paid jobs. The fact that they are a generation who may never have known a world without the internet also puts them in a perfect position to grasp the opportunity of this novel investment opportunity.

Having said this, many observers agree that the main way that cryptocurrencies are going to enter the mainstream is if they are actually used as currencies. In this way, momentum will gather and, eventually, they may be seen as a genuine alternative to fiat currencies such as the US Dollar, GB Sterling and, of course, the Kwacha. The fact that Africa consists of so many different countries, each with their own currency, has created the perfect environment for the adoption of cryptocurrencies for cross-border payments. This will become increasingly relevant following the introduction of the African Continental Free Trade Agreement, which came into force in May last year and which defines trading agreements between 24 of the continent’s countries. 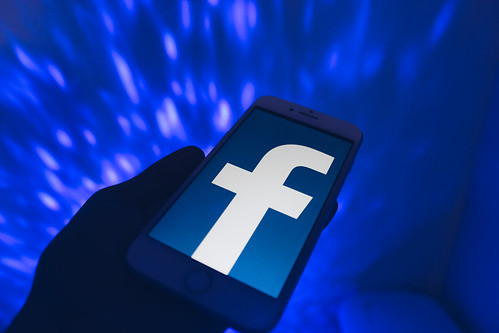 Another factor which may well have a very beneficial effect for cryptocurrencies in general is the introduction of Libra by Facebook in 2020. The social media giant has already declared that it will focus on the developing world first with its cryptocurrency. The facts that it is backed by such a big name as Facebook and that VISA and Mastercard are also going to be affiliated with Libra can only act in its favour.

What is undoubtedly going to be very important is for Facebook, as well as any other cryptocurrency provider, to start developing and deepening their relationships with the many governments and their national banks across the continent. At present, there is still fairly deep distrust among some countries with others advising caution. For example, as recently as last May, Dr Dalitso Kabambe, Governor of the Reserve Bank of Malawi, issued a warning that cryptocurrencies are not legal tender and should certainly not be regarded as an alternative to the Kwacha.

This isn’t to say that the situation may not change in the future. For an example of how opinions can be reversed, one only has to look at Zimbabwe – admittedly a country with some fairly serious economic issues to be overcome. Despite the national bank’s stated opposition to cryptocurrencies, President Emmerson Mnangagwa, who undoubtedly wants to be seen to be addressing the problems left by Robert Mugabe, aims to introduce a new official currency, which may well turn out to be a decentralised one like Bitcoin. There are also countries who have already started to embrace cryptocurrencies, like Zimbabwe’s neighbour South Africa, perhaps in reaction to the volatility of the Rand.

So, while it’s fair to say it’s early days with regards to the future of Bitcoin et al. in Africa, there are certainly promising signs. How soon they will take to come to full fruition, only time will tell.