ZIMBABWE – A 43-Year-OLD Bulawayo man was yesterday sentenced to 30 years in prison for carjacking and kidnapping.

Mussa Denge of Magwegwe suburb was arrested in Chivhu and a police officer was accidentally fatally shot during the process to apprehend him.

Denge targeted people selling cars via social media platform Facebook. He would send them messages masquerading as a prospective buyer and then lure them to secluded places under the guise of a test drive.

Denge was convicted on his own plea to three counts of robbery by regional magistrate Mr Mafios Moyo.

He was sentenced to 30 years imprisonment but will serve an effective 18 years in prison after 12 years of the sentence were suspended on condition he is not convicted of a similar offence in the next five years.

Passing sentence Mr Moyo said what was aggravating was that Denge kidnapped two of his victims.

He however said what was in DengeŌĆÖs favour was that he pleaded guilty and therefore did not waste the courtŌĆÖs time.

In the first count, Denge robbed Mr Mpofu of his Mercedes Benz C200 sometime in April 2019. He dumped him at Khumalo aerodrome.

In the second count, Mr Manyiwa said sometime in August 2019, Denge dumped Ms Ndlovu in a bushy area along Old Victoria Falls Road near the United College of Education and drove off with her Honda Fit vehicle. He also robbed her of her cellphone.

In the third count, Denge robbed Ms Thomas of her blue Toyota Wish, cellphone, US$400 and R500. 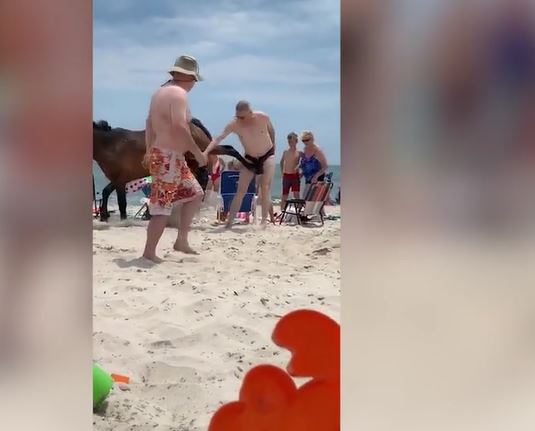 Man Gets Kicked in the Balls by Horse