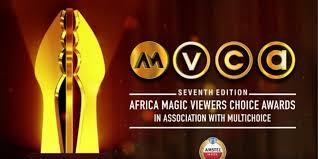 African Magic Viewers Choice Awards (AMVCA) has shortlisted movies in Southern African category for nominees in its seventh edition of its awards this year.

Reports indicate that one of our own Malawian Film and Theater Director and Producer Imran Shaban seems to be making waves with his Yao themed production.

Released last year, the film will compete for recognition along with three others from the region-‘Kukuru’ by Philippe Talavera, ‘Dalitso’ by Adam Kabwe and ‘Kwacha’ by Cassie Kabwita.

Africa Magic unveiled the nominations in a live broadcast on Thursday. Seven categories will be open to the public to vote for while 21 including the one that Shaban is nominated in, will be chosen by the AMCVA panel of judges.

‘The Beautiful Hen Behind Yao Mountain’, is tragic love story, set somewhere in Yao land where a young man Amadu falls in love with the ‘beautiful hen’ that is Asuwema, he impregnates her but later learns that she is actually his half-sister.

Devastated by the news, Amadu takes his own life.

Aside from the story of the two love birds, it also quite evident, that the movie is a celebration of Yao music and traditions, that for a long time have remained closeted.

In 2019, the movie, originally a stage play by Shabaan’s Young Travelling Theatre, was also nominated for the Southern African Filmmaking competition of the Sotambe Documentary and Arts Film festival in Zambia but did not win.

In the same year, it was screened at the Bayelsa International Film Festival in Nigeria last year.

In 2018, Shemu Joyah’ Road to Sunrise won an award in a similar category. Will Shaban walk in Joyah’s footsteps?