A 35-year-old man, Bisani Nalisiro was on February 19, 2020 stoned to death at Mpasa Primary School in Phalombe.

Police received information that Bisani, who had just been released from prison on similar charges, broke into the house of a teacher at Mpasa Primary School with an intent to steal when the teacher was at his work place.

The moment the thief broke into the house, the owner of the house arrived to wash hands. He then noticed the thief inside the house.

The reporter shouted for help where people gathered and managed to apprehend the suspect before assaulting him severely.

Police rushed to the scene and found the ex-convict in coma state.

The assaulted Nalisiro was taken to Phalombe Health Centre where medical personnel pronounced him dead upon arrival.

Postmortem conducted indicates that Nalisiro’s death was due to severe haemorrhage shock secondary to head injuries.

Meanwhile, investigations have been instituted to arrest the suspects. 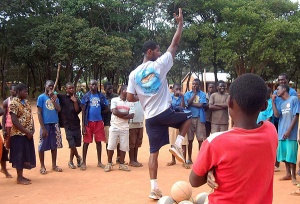