Authorities of Luchenza Secondary School in Thyolo District have temporarily closed the school due to what they described as bad behaviour among learners at the institution.

According to reports, for the past weeks learners have been demonstrating strange behaviour¬Ýfrom teasing and bullying form one students, to destruction of school property as well as stealing fresh maize from nearby gardens that belong to the school and staff.

Head teacher for the school, Helbert Nsasa declined to comment on the matter, saying only his division could do that.

However, an inside source said things started a week ago when form 1 girls had been complaining about teasing and bullying at their hostels.

The source explained that the situation became worse when some girls started demanding K100 from each girl, failure to do which led to the form ones asked to kneel for over three hours.

“We managed to trace all those girls who were involved in such malpractice to these form 1 girls.

‚ÄúWe later interrogated them before asking all of them to invite their parents so that the school could take necessary action.

‚ÄúAfter discussion with the parents, we agreed that there was need to suspend them, however, we were surprised to see them lingering in the campus,‚Äù said the source.

“All these girls are habitual offenders. The next thing we saw was girls and boys protesting against the suspension of their friends, through which they started destroying electricity equipment that feeds power to classes.

‚ÄúThey also chanted and sang songs before damaging a windscreen for a vehicle that was parked at the school matrons house,” he added, saying all this happened during the night.

The school managed to bring in police to bring peace but the learners locked the gate, disabling the law enforcers to access the school campus, so they went back to their station.

However, the source said the following evening the learners started stealing fresh maize from the school gardens and those belonging to teachers, luckily the teachers apprehended some of them.

But when the said learners were called the following morning for interrogation, it was discovered that there was a long list of offenders.

“The school was calling everybody whose name was mentioned which angered the students such that on Wednesday afternoon, all the boys refused to take lunch and that there was tension at the school.

‚ÄúThis prompted management to decide of closing down the school for fear of repetition of the Wednesdays situation,‚Äù the source said.

Meanwhile, management is scrutinizing names of those who should come or not. The source said some will be given a lengthy suspension while others are likely to be expelled. 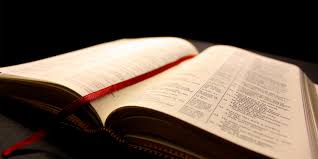