The possible alliance between Malawi Congress Party (MCP) and United Transformation Movement (UTM) has been agreed with Lazarus Chakwera as the alliance flag carrier and veep Saulos Chilima running mate in the forthcoming fresh presidential polls to be held on May 19, 2020.

According to inner sources within the parties, the two leaders have been meeting for the past two weeks discussing of the possible agreement on the alliance as days for fresh elections are drawing closer. 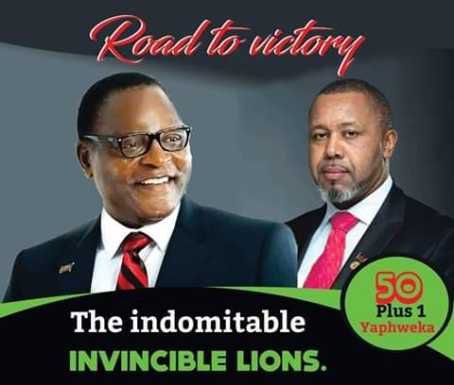 It is reported that the alliance deal was finalized on Saturday.

In his remarks, MCP publicity secretary Reverend Maurice Munthali said he could not comment much on the development but promised that there is progress in the talks between the two leaders.

Instead Munthali, asked people to pray for the two leaders to have productive discussions that will benefit Malawians, adding that when all is done the public shall be told in due course.

Few weeks ago, Democratic progressive Party (DPP) announced of the electoral alliance with the United Democratic Front (UDF) ahead of fresh elections.

The development follows the order by the Constitutional Court which sad the winner for presidency position must be determined with majority of voters by scooping 51+1 percent.

A beautiful lady in a gorgeous dress with a...