Josephine Phiri, a bright and young energetic girl from the area of T/A Kuntaja in Blantyre district had a dream. She wanted to be a lawyer someday after completing her education. ‚ÄúHonestly, admire lawyers. They are intelligent people who know what they are doing,‚ÄĚ says the seemingly shy girl. Probably, It is this dream that compelled her to work extra hard in class.

Josephine did her basic education at Manyowe primary school in the Blantyre rural and used to scoop position one throughout in her classes. It was in standard eight when her dream of becoming a lawyer was shattered. The girl who was born a normal child suddenly lost her hearing after she was struck with Malaria in 1985.

That is how Josephine ended up in a cobweb so complex for her to disentangle. Unfortunately, she became deaf before she sat for her PSLCE.
Her school has no special needs education teacher and it is survival of the fittest for the students to succeed in their education.
Josephine shared heart-rending accounts of being shunned and despised by fellow students because of being deaf, a situation that made her to eventually, drop out of the school.

Her life took a turn for the worst when one of her teachers wanted to sleep with her, thus on account that the perpetrator was told to sleep with a person in such a state so that he could be freed from the HIV virus that causes AIDS.

‚ÄúI know that education is the only key to open the door into the future, but I could not do otherwise. I had to drop out of school because I could not endure long despicable insults from my schoolmates. They used to treat me as an inferior and I could feel loneliness all the time. It was not easy to be in class when one is deaf and the teacher does not know how to communicate with your either. This brought me a bunch of misery not joy,‚ÄĚ she said with a look of despair.

Refusing to be intimidated by natural calamities, Josephine went to enroll at education centre for the deaf in Chiradzulu district where she still wanted to purse her dream.

However, Josephine was told to wait for the next intake since the class was full to capacity. But while she was waiting her dream was faltered. She was persuaded by her hard-stricken poverty parents to get married to a certain well-known rich man, who later on, dumped her with two children for another woman.

Adding to her fate, according to Josephine, the man left her infected with HIV which she discovered later on after being diagnosed as a result of her deteriorating health status.

‚ÄúThis indeed turned my life round. I have been denied various social and economic opportunities due to my status. For example, I was denied coupons for fertilizer subsidy in 2013 as well as soft loans to startup my business from village savings loans {VSLs} and other microfinance institutions,‚ÄĚ said Josephine, through her interpreter.

Just like Josephine, the Malawi national association of the deaf {Manad} survey sampled across the country indicates that out of 375 deaf people, 47 percent reported not be aware of HIV and AIDs.

Furthermore, said Josephine, a newly construction company which was to undertake a road construction work in her village rejected her job as a nanny to the company‚Äôs managing director.

‚ÄúI was selected for a job after beating other seven candidates. Unfortunately, some representatives for the company dropped me, saying I would be a liability to them. They asked me what would happen if my interpreter falls sick or was engaged elsewhere. In any case, they said the company would not benefit from me with that communication barrier and HIV status,‚ÄĚ said the seemingly dejected Josephine, while sobbing out hardly.

At 25, Josephine could have at least completed secondary school, working or engaged in business ventures, but alas, she is in her village staying idle. On the other hand, her parents are poor and very old that they cannot fend for her daily livelihood instead.

In fact, her plight is not unique in Malawi, but just one of example out of numerous ones of the excruciating devastating trauma that people with disabilities go through during their daily living. An estimated figure of 700, 000 of the Malawian population is disabled with 90 percent living in the rural areas, according to Malawi government current statistics.

According to the world federation for the deaf{WFD}, the majority of deaf people in the world live in developing countries where they face adverse social, physical, mental, political and economic conditions, as well as traditional social disability conditions that go unreported just like that of Josephine. It says the deaf are among some of the poorest of the poor, with limited access to german education, employment and information. As of 2004, Malawi had at least 160,000 deaf citizens, according to international labour organization {ILO} survey.

However, Malawi National Association for Deaf {MANAD} executive director Byson Chimenya says though the association has yet to come up with updated statistics; it was likely that the number of deaf in the country has risen as a result of the current population boom.

Speaking through a manad-trained translator, Chimenya says the situation faced by Josephine could be reversed through sensitization meetings to change the mindsets, trainings on the capabilities of people with visual impairments and more importantly, the implementation of the disability laws.
At household level, he says, parents are locking up children with deaf for fear of being embarrassed by fellow members of the general public, a situation which he says, is even worsening illiteracy levels among the deaf.

‚ÄúGovernment is encouraging us to go to school yet when you go and check in schools, you will find that there are no teachings and learning materials for the deaf not to mention the acute shortage of sign language interepreters. This impact negatively on the performance of the deaf and leads to high levels of dropout and illiteracy,‚ÄĚ says Chimenya.

Currently, according to him, Malawi has seven deaf schools-all of which were established by missionaries.

Reports indicate that although government has put in place various interventions to increase the enrollment rate of school going pupils, statistics indicate that 60 percent of persons with disabilities are illiterate. This translates that out of 100 persons with disabilities, only ten are educated. Malawi‚Äôs illiteracy trends demonstrate that as the population grows, the number of illiterates also grows.

Furthermore, Malawi is also faced with an increasing number of primary school drop outs most of whom drop out by standard 5 before acquiring basic literacy and numeracy skills. But experts say although school dropout rates have declined from 86.1 percent at the time Malawi became a republic in 1966, the numbers of person with disabilities have actually skyrocketed to 60 percent.

Currently, available data indicates that 70,000 of people with disabilities are at school, representing 17 percent of eligible children.
Given this poor record, it was unlikely that Malawi would be in a position to achieve the 2015 education for all{EFA} goal of 50 percent education in illiteracy rate set by African leaders in 2000.

Evidence from various research shows that unless there was a political will to educate everyone, the country could have achieved universal education to local and international goals.

In a bid to lobby for the recognition of the sign language as the official means of communication for the deaf, Chimenya says his association has now embarked on a programme of training sign language interpreters and language instructors as well as discussing with special needs schools on the best methods of teaching deaf children.

‚ÄúWe are training various people from all sectors of the society such as the medical personnel, teachers in both public and private schools, banks and telecommunications staff the basics in sign language so that the deaf can be assisted whenever they seek a service,‚ÄĚ says Chimenya.

At grassroots level, Chimenya says the association works closely with the district councils so that they cater challenges for the deaf in whatever programs they do and that the communities should avoid segregating the deaf in development initiatives.

However, unreliable institutional funding, lack of motivation coupled with the nature of the job, according to Chimenya, make many people to drop out as sign language interpreters.

He says his association in conjunction with technical voluntary education training {TEVET} has also come up with a curriculum for all the deaf across the country which will see TEVET providing recreation body where the deaf go and learn the sign language based on a unified curriculum.
Traditionally, government is never short of promises. Honorable Mary Navisha, the minister responsible for gender, community development and social welfare retaliated government‚Äôs commitment to improve the lives of people with disabilities.

She says government through her ministry will make sure that it promote the accessibility to all forms of benefits and rights that everybody else accesses.

‚ÄúGovernment will do everything possible to improve the welfare of people with disabilities including the deaf. One way of achieving this commitment is to implement what the disability law stipulates and incorporate disability matters in almost all the ministries as well as in its nine priority areas,‚ÄĚ she said.

During one of the official functions in 2017, the country‚Äôs president Peter Mutharika also promised that his government would make sure that it trains over 100 sign language interpreters.

However, his government is yet to fulfill this political commitment towards the deaf citizenry.

But according to the director in the ministry of education, science and technology responsible for special needs education David Njaidi, government was still aware about the acute shortage of sign language interpreters and would train more interpreters once funding was made available.

To its credit, the republican constitution on chapter 1v section 20-1 guarantees protection of rights of people with disabilities and defines clearly what services should be provided. Similarly, the country has a disability law which came into force in 2012 and it lends legal authority to policies and services. However, the law requires advocacy and enforcements and generous funding to impact the lives it target.

One of the experts Roy Hauya says this provision mostly remains existent only on paper as the numbers of people with disabilities are still been down-trodden.

He says good pieces of legislation and policies are inadequate till they are understood, interpreted accurately and monitored on the ground.

A recent review carried out by UNICEF show a number of limitations, for example, the majority of people at district level, including civil servants, cannot name any legislation on disability nor do they have copies of these legislations.

Furthermore, the Malawi growth and development strategy does not incorporate disability while funds to public institutions on addressing disability are always insufficient, an indication of prioritization.

Chimenya says Malawi may take pride in formulating a comprehensive policy on equalization of opportunities for person with disability but the policy does not define what strategies could apply in addressing the challenges that people affected face which makes the policy hard to monitor.

‚ÄúIt is still our concern that despite the passing of the disability laws, many more deaf people are losing out opportunities of personal development because of failure to implement the law,‚ÄĚ says the deeply concerned Chimenya. 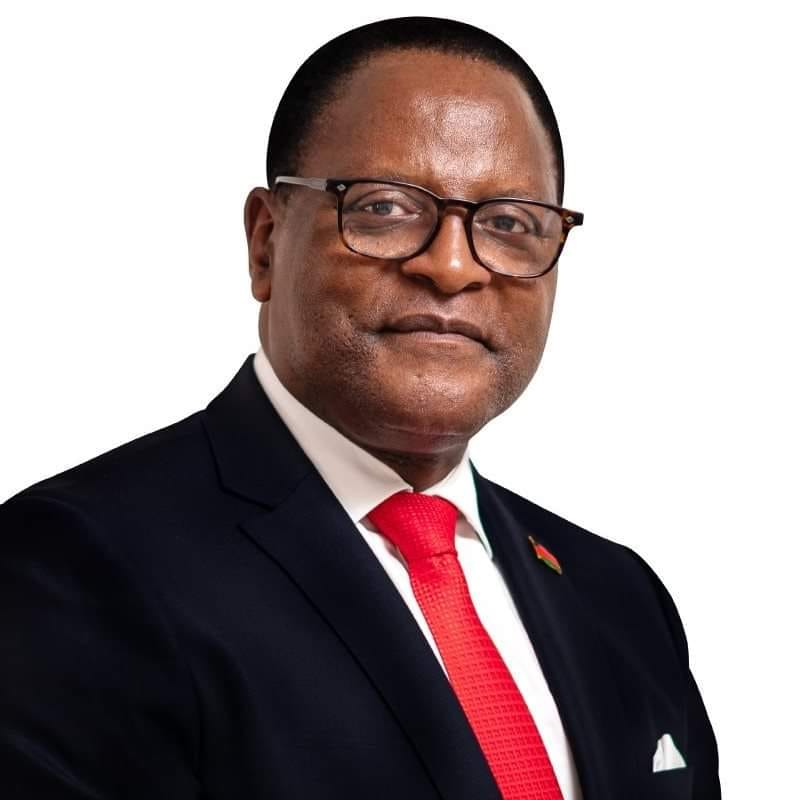 Chakwera to attend SADC Summit on Wednesday in Mozambique 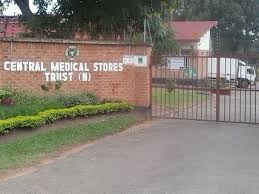