April 24, 2020
At least three police were assaulted by striking prison officers yesterday at Chichiri prison in Blantyre.
The Junior Malawi Prison Services (PS) officers were protesting for not being given risk allowances in the wake of Coronavirus.
Other security agents such as Malawi Defense Force (MDF), Malawi Police Services (MPS) and Immigration had received risk allowances in response to Covid-19 leaving out the prison department.
The assaulted police officers are reported to have gone to the facility for other duties where they met their fate from the angry officers. 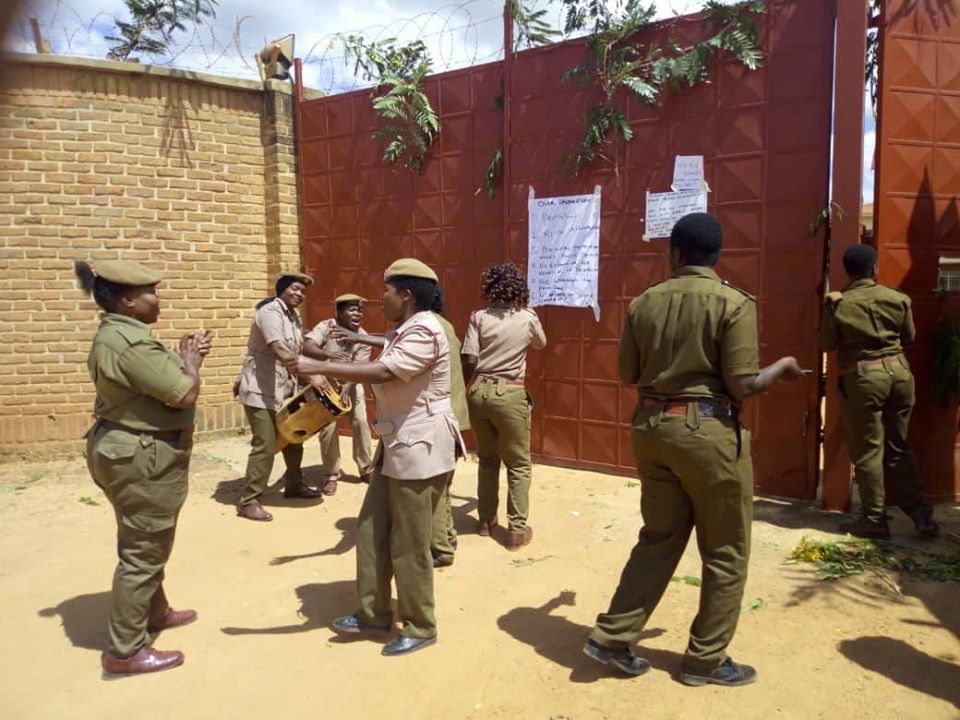 The three were rushed to Queen Elizabeth Central Hospital (QECH) where they were admitted.
It was also reported that they stole their mobile phones among other items.
Both Police and Prison authorities have refused to comment on the incident, saying they are yet to get official report.
One of the officers, according to reports, lost a tooth in the process before being rushed to QECH.
Meanwhile, Chief Commission Grace Wandika Phiri engaged some junior officers from Maula Prison in Lilongwe for dialogue.
(Visited 173 times, 1 visits today)
Scandal

Two young ladies probably between the ages of 20...

1. Therapist: "Is like you fall in love so easily" Me:...
FaceofMalawiNEWS