Skip to content
April 28, 2020
gender equality, International News, Nigeria
A man who has decided to remain anonymous has described how he showed his extremely feminist wife some of the flaws in her theories by simply obeying her rules.

The gentleman narrated his story with a popular relationship adviser on Facebook by name Joro, where he made the rather interesting revelations and caused a massive stir online.

According to him, they have been married for only seven months, and his wife had maintained that all chores and duties in the house be shared equally between herself and the husband.

ŌĆ£Joro, my wife wants to be a feminist. No wahala. We have no kid yet, weŌĆÖve been married for 7 months now. Since the lockdown Joro, my wife actually said we have to e doing the house chores equally and cooking. She really took it up and we almost fought. I canŌĆÖt be ur husband and be providing and still be doing ur job for u. We almost didnŌĆÖt talk foe two days. Then I spoke to my friend and he told me what to do. I called my wife and said accepted.

Now I cook in the morning, she cooks in the evening, we wake up and clean the house together. No wahala. So say b4 yesterday, when they took the light yesterday, I asked her to go and on the gen. Madam said have you ever seen me do that. I told her we will do things equally now. I didnŌĆÖt on it. She thought it was a joke. Later she went outside to look for someone to help her. I sat inside the darkness pressing my phone. As God will do it this morning she wanted to drive out to go and get somethings, that was how she realized her tire had gone flat. She came to ask for my own car key. I said No. She said I should help her change her tire. I said IŌĆÖm busy, I want to clean the house. ThatŌĆÖs how madam said she will clean the house I should help her change tire. She walked very far to go and call our church memberŌĆÖs son to come and help her. Now sheŌĆÖs angry and not talking to me. Who cares I will wake up tomorrow morning and make good food again, IŌĆÖm even enjoying it, I will clean also. But every other thing that IŌĆÖm the one that normally attend to, I will do 1 day and she will do the next. SheŌĆÖs been saying alot of things. Since you women want us to share the 2 things that society gave u guys to be the one doing, well, the ones society gave us men to be doing, we will be sharing it too. IŌĆÖm just happy, madam is always acting up. Who cares. Me self IŌĆÖm a feminist now. LetŌĆÖs share things equally. I have even come to realize cooking and cleaning is actually fun selfŌĆØ, he wrote 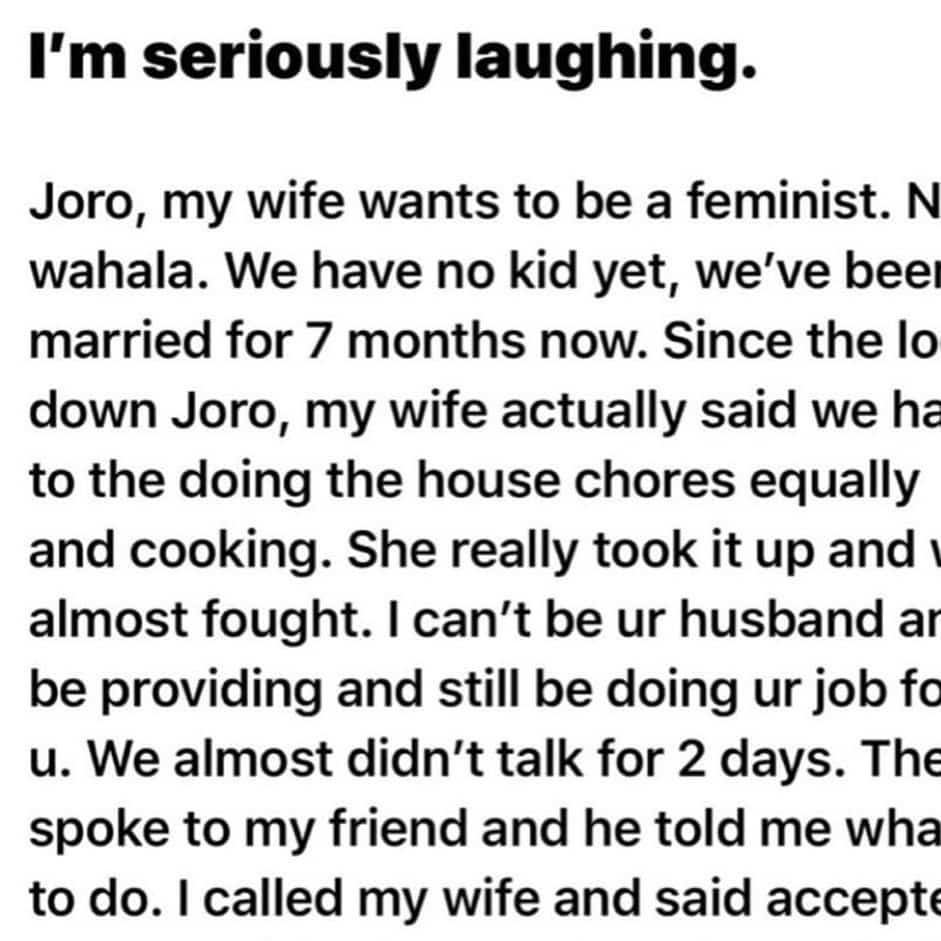 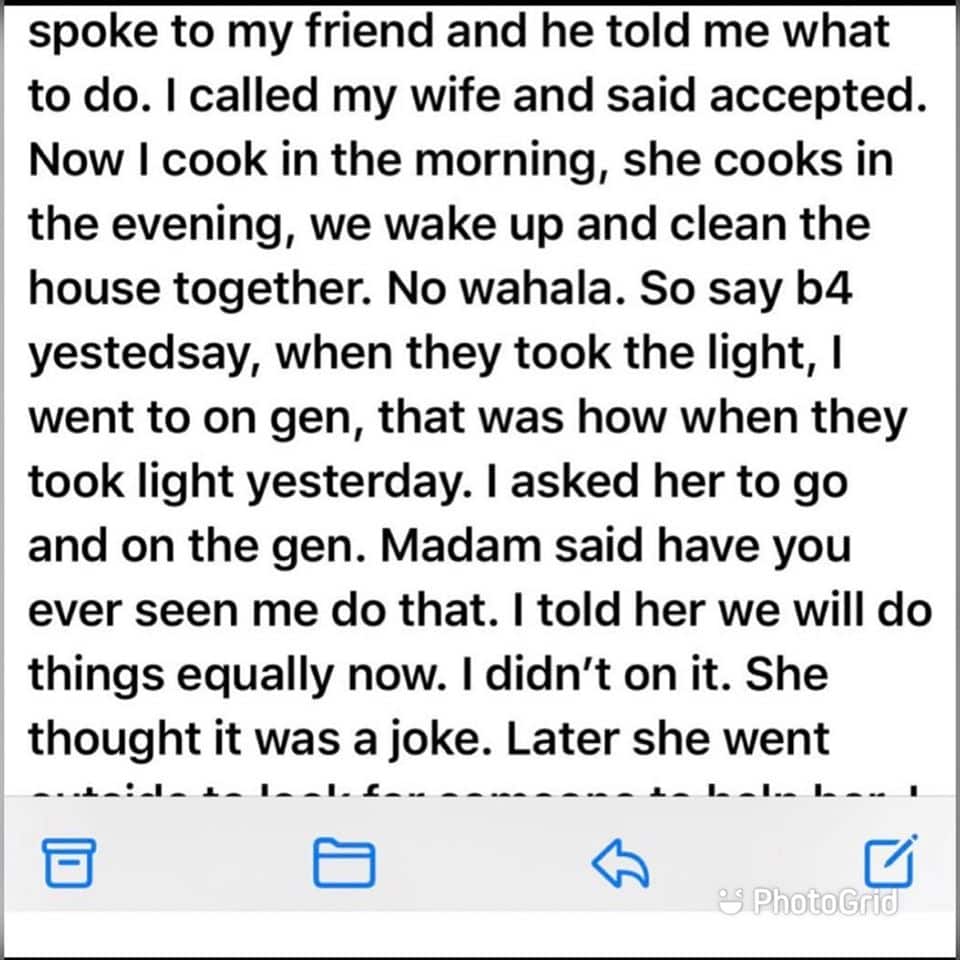 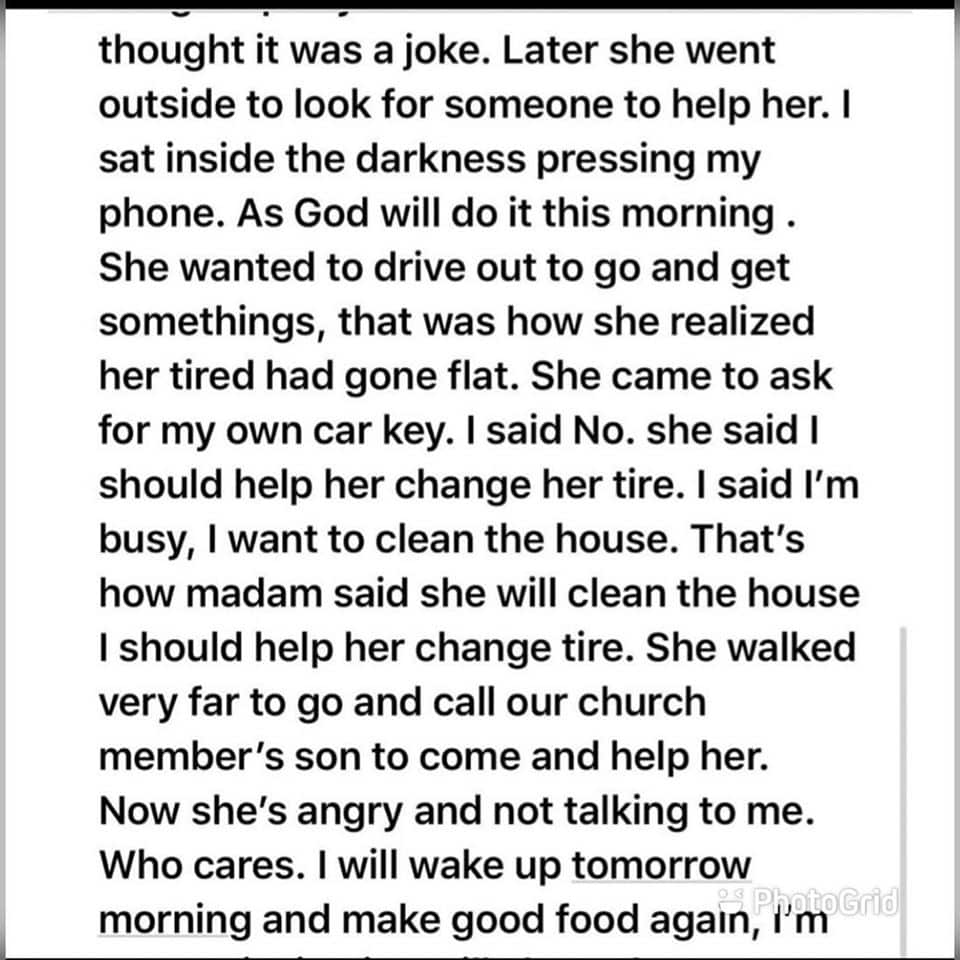 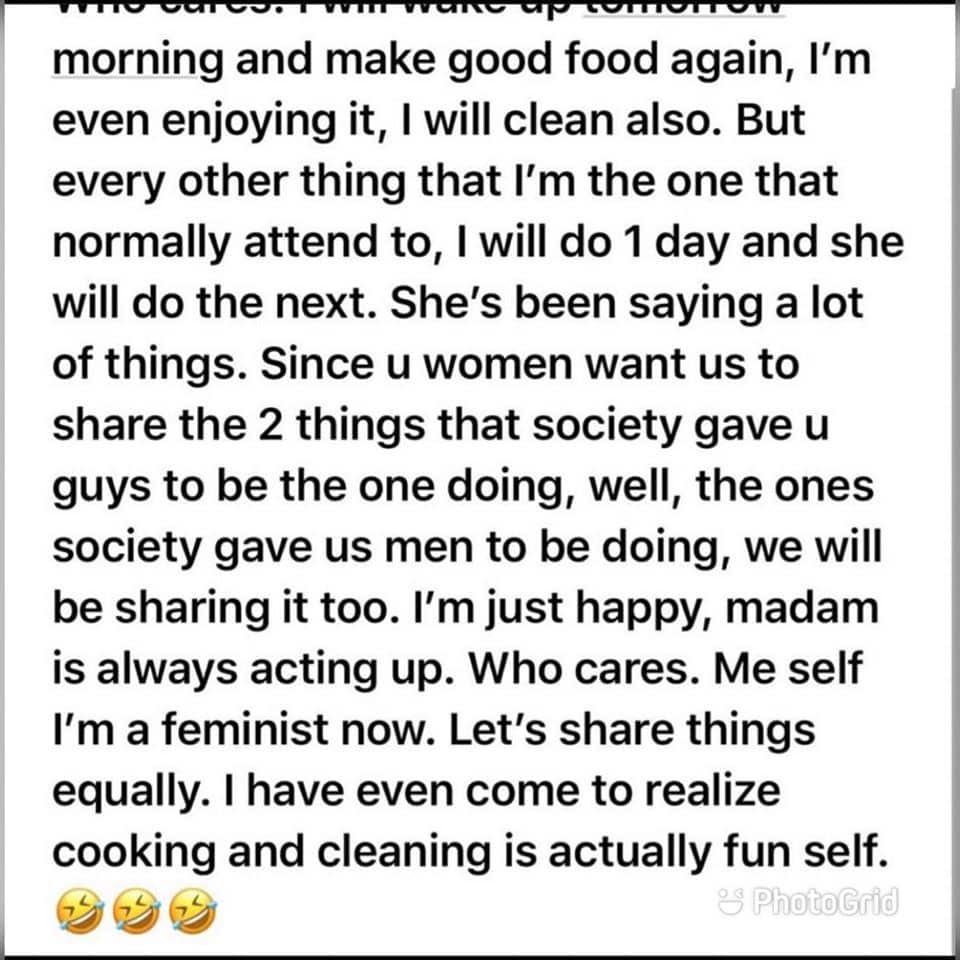 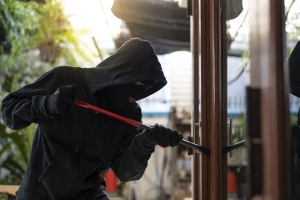 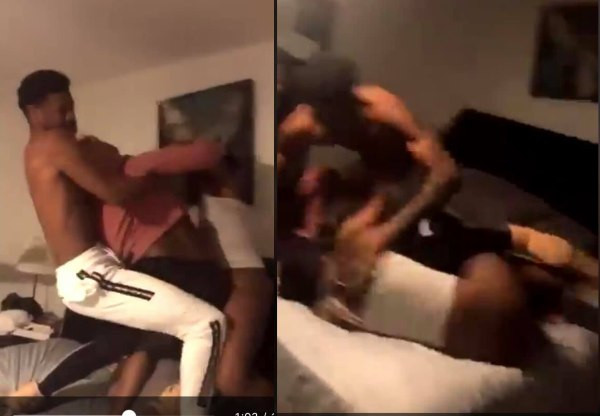