Bishop Mathews Mtumbuka of Karonga Diocese has dismissed the claims that there are blood suckers in the country.

Mtumbuka, while addressing Malawians through Tuntufye radio station, said people should not fear because they are just rumors.

‚ÄúIt is unfortunate that women with children on their back, spend sleepless nights for fear of blood suckers. I want to assure you. There are no such suckers in Malawi. Do not fear rumours,‚Äù he said.

Mtumbuka, who is famous for standing firm on justice, further cautioned people in affected areas who usually sleep in groups in guarding themselves against suckers, saying this may just fuel the spread of coronavirus.

‚ÄúI hear that most people are sleeping in groups. This is bad. It would fuel the spread of the real beast that is in our midst, Corona virus,‚Äù said Mtumbuka.

In giving the background to the origins of blood suckers. Mtumbuka said information he got from his fellow bishop in Zambia shows that perpetrators of the vice initiated the move politically to dent the image of the then ruling party.

‚ÄúSome political parties initiated this malpractice to instil fear in people and give them an impression that the then government was not capable,‚Äù he recalled.

‚ÄúSo, these political leaders used to give the assailants some equipment for suffocating and pumping blood from people,‚Äù he added. ‚ÄúThis caused Anarchy in Zambia. A lot of suspects were killed in line with these vices.‚Äù

Mtumbuka was, however, quick to urge Malawians, especially from Karonga and Chitipa to be calm because there are no blood suckers in Malawi.

He said, since the rumours started spreading in the two districts, nobody has been pumped blood and nobody has ever presented evidence to police.

‚ÄúThere is nothing like that. Should there be evidence on that, we as religious leaders will come in the forefront to safeguard your lives,‚Äù he said.

Rumours of blood pumping has resulted to deaths people including two Mozambicans who were killed in Karonga on their business journey to Tanzania.

Police in the country have dismissed the allegations saying they are unfounded. 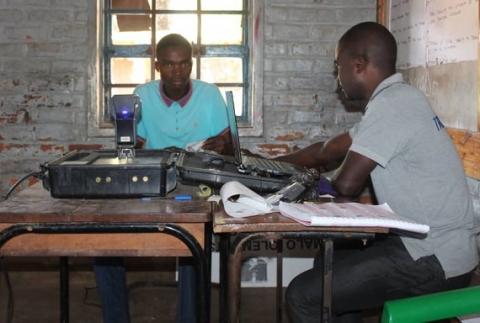