Opposition Malawi Congress Party (MCP) has insisted that the State House is demanding that two mobile phone companies, Airtel and TNM, should give it access to Virtual Private Network (VPN) an act that would give State entities leeway to data of the Malawi Electoral Commission (Mec) as well as citizens phones affecting privacy.

But State House has denied the allegation.

MCP secretary general Eisenhower Mkaka said in an interview that the party has information that the government was pressurizing and forcing Airtel Malawi and TNM to provide VPN connectivity to State House with an aim of monitoring voice and data.

‚ÄúWe have credible intelligence information about State House agents calling Airtel and TNM top officials forcing them to supply VPN connection to State House so that they can access both voice and data for their own crooked ways‚Äù Mkaka alleged.

He further said the two mobile operators asked both State House and Malawi Communications Regulatory Authority (Macra) to put their request in writing as it was against regulations to effect any VPN connectivity without proper procedures.

‚ÄúI want to warn State House that what they are trying to do is illegal, remember Dr Chilima said he has documents about State House bulldozing the mobile phone companies to comply with their illegal demand, as MCP we also have those documents. No one is allowed to listen to private talks and discussion. It is against the laws of the land to do so.

‚ÄúWe want to further warn State House that as MCP and our allied parties, we will do everything possible to make sure that Mec computers and its data are protected and that mobile phone companies are also protected since they serve Malawians and State House should immediately stop its attempt to obtain VPN connection with these mobile companies,‚Äù Mkaka said.

But presidential press secretary Mgeme Kalilani said in an interview State House is not aware of any of these allegations.

‚ÄúThis is news to me and I am not aware, I want to urge Malawians to exercise caution and learn to verify stories particularly with social media reports at this time when people are in fresh election mood,‚Äù Kalilani said.

He further said some people are politically charged and there is huge irresponsible use of social media.

Commenting on the three Israelis, Kalilani said: ‚ÄúThe Israelis are free to come to Malawi just as Malawians are free to go to Israel and they are many Israelis living and doing businesses in Malawi and that the three Israelis in question were in fact in Malawi to do an orchard business in Salima where they are more Israelis already doing the same business. Just like many nationals, some Israelis do meet the president on request for different reasons,‚Äù Kalilani said.

Macra Director General Godfrey Itayi said MCP must bring evidence of the allegations being made.

‚ÄúI don‚Äôt know what they are talking about and if anything, let them provide evidence for their allegations,‚Äù Itayi said.

He further said as a regulator they do not force anyone to enter into any business agreement.

Both TNM and Airtel refused to comment on the issue.

TNM through its Brand and Communications Manager- Limbani Nsapato said, ‚ÄúAs TNM we do not discuss individual customer issues.‚Äù

Airtel Malawi, on the other hand, through its Corporate Communications and CSR Manager Norah Chavula- Chirwa said, ‚ÄúWe are not a right authority to comment on the other matters.‚Äù

But a reliable resource who pleaded for anonymity confided that both State House and Macra had indeed pressurised and forced the two mobile companies to supply the VPN to the three Israelis who were in Area 43 in Lilongwe before they got discovered and moved to Switzerland.

Malawi will hold fresh presidential election on July 2, 2020 after the High Court sitting as Constitutional Court nullified the May 21 presidential election results for what it termed as widespread irregularities in an election that was marred by the use of the correction fluid popularly known as Tippex.

Recently, some politicians including Chakwera, MCP‚Äôs Daud Sulemani and Chilima have all alleged that there is a ploy by government agencies to force mobile phone companies supply VPN connection to State House so that they can monitor the citizen‚Äôs voice calls and access data for possible manipulation of the forth coming presidential poll.

VPN is a type of a network that allows two points or organisations to connect each other securely over public infrastructure or internet.

Some organisations like banks and telecommunication industry use VPN connections for commercial reasons.

Data that is collected by Mec and mobile phone companies is protected under the Electronic Transactions Act which mandates all data controllers not to use collected data for illegitimate reasons.

It is also an offence under section 84 of the Electronic Transactions and Cyber Security Act for a person to gain unauthorised access to, intercept or interfere with data 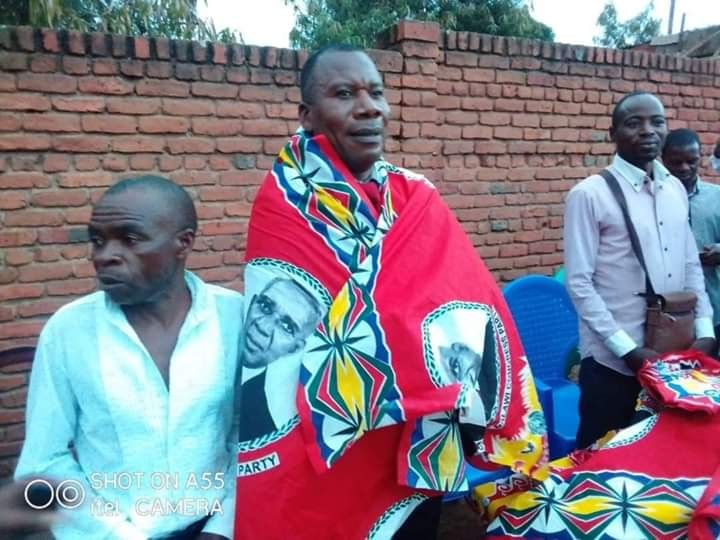