Minister of Irrigation and Water Development, Charles Mchacha has warned contractors implementing different projects in his ministry that they will not be paid until government is satisfied that they have completed works they were contracted to do.

The minister was speaking in Phalombe after touring a K2.7 billion construction, rehabilitation and expansion project of gravity-fed piped water system at Phalombe Major and Sombani water tanks.

ŌĆ£Malawians have high expectation from us on the work we are supposed to implement for them.

ŌĆ£As such, if given this responsibility, we have to take it seriously and make sure we deliver high quality products for them,ŌĆØ said Mchacha.

The minister said this after the two water tanks he visited turned out to be substandard. The one at Sombani collapsed before use and there are fears that the Phalombe Major Water Tank may burst once in use.

However, a blame game has ensued between the consultant, Uranus Consulting Engineers and a building contractor, FISD Limited Company, where the latter says the consultant presented them a faulty design such that they kept on asking for changes.

On the other hand, the consultant says FISD Limited Company used substandard materials such as Class 25 concrete, hence the collapse of Sombani Water Tank and fears of Phalombe Major Tank bursting once in use.

The minister has since called for a consultative meeting between FISD Company Limited, Urunus Consulting Engineers and government officials to map the way forward.

Two DPP MPs to contest as Independent candidates in Chikwawa 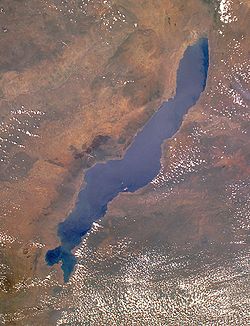 PAC tells JB not to negotiate with Tanzania on Lake claim