BWB launched the programme after facing water losses through broken pipes and leakages in Blantyre and surrounding areas.

Senior Public Relations Officer (PRO) for BWB, Evelyn Khonje said that the programme came as one way of addressing the challenge.

‚ÄúBWB embarked on a Pipe Replacement and Pipe Lowering Programme in 2016/17 Financial Year with the objective of replacing and lowering all exposed pipes.

Most of the pipes get exposed due to soil erosion and some being vandalized,‚Äù she said.

‚ÄúWith that, the company is losing about K1 billion every month due to non-revenue water resulting from burst pipes, a situation which is affecting the operations of the board,‚Äù Khonje said

She observed that there has been a reduction in frequency of leakages and broken pipes in the areas where pipes have been replaced or lowered.

‚ÄúIn areas that we have replaced pipes, we have noticed a change. In fact, I believe once the programme is finalized we will see a big change.

The programme is going at a slow pace due to budget restrictions but the exercise is ongoing,‚Äù PRO added.

Khonje urged the public to be responsible in taking care of any exposed, leaking and damaged pipes.

‚ÄúWhen water shortage hits the location, it‚Äôs obvious that citizens get affected so I‚Äôm calling on Malawians not to damage exposed pipes as it is costly to restore the pipes to normal state.

In the 2019/2020 Financial Year, BWB set aside about K650 million to be used in replacement and lowering of old and exposed water pipes.

Joyce Banda did not seek a lift from Bostwana, says state house 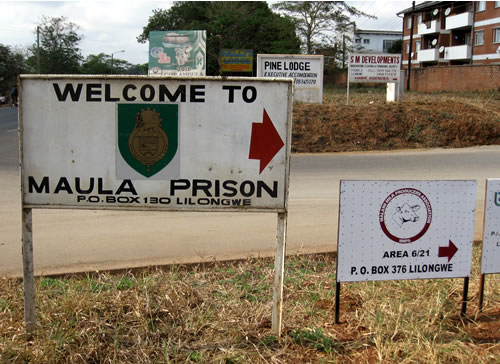