Tonse Alliance Presidential candidate, Dr Lazarus Chakwera, has promised to create one million jobs for people in the country if he is elected as president in the 23 June Fresh Presidential Election (FPE).

Chakwera who was addressing people during a whistle stop tour in Chitipa district, described the stampede that occurred lon Tuesday in Mzuzu during a walk in interview organized by Ministry of Health as a clear indication of high levels of unemployment.

He (Chakwera) then urged people to bang their last hope and cast their ballot for him saying he will make sure that from 23rd June 2020 to June next year (2021) 1 million people should have something to do that will transform their lives.

ŌĆ£By June next year we will have fulfilled 1 million job opportunities and start another journey of job creation. We have a lot of natural resources such as rivers but they are misused. These can make job creation possible.

ŌĆ£We will create national youth service so that the Youth should have something to do. Upgrading roads will also help in creating jobs,ŌĆØ Chakwera added.

In his speech, Freedom Party President, Khumbo Hastings Kachali said Chakwera is the only answer for a better Malawi since he is a God fearing President who respects every Malawian.

ŌĆ£Take Chakwera as your answer to your challenges because he knows your problems and he will address them. Let me also ask all women in the country not to vote for Peter Mutharika because he has no respect for woman as he undressed Former President of this country, Joyce Banda for describing her as a prostitute.ŌĆØ 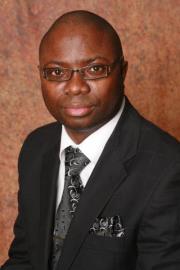 Kasambara names JB as his witness