A 9-year-old boy who went missing for two days has been found dead in the back of a car with his eyes plucked out in Suleja, Nigeria.

On Monday, June 1, the body of the boy, identified simply as Emma, was found in a parked car used by a driving school.

According to reports, the car he was found in, is used to teach people how to drive and his body was found with both yes removed.

Emmaâ€™s mother reportedly sells roasted corn close to the scene where her sonâ€™s body was found.

The body has been deposited in Suleja morgue after the police were invited. 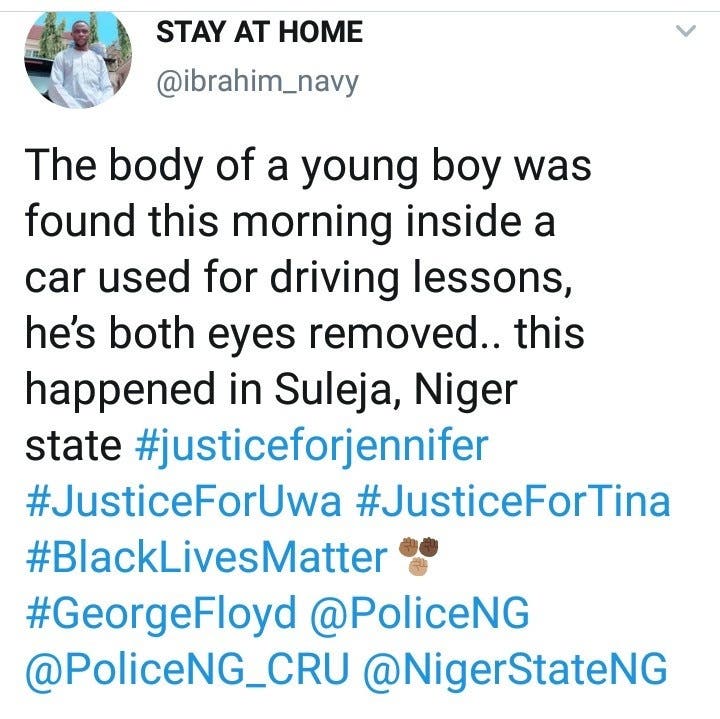 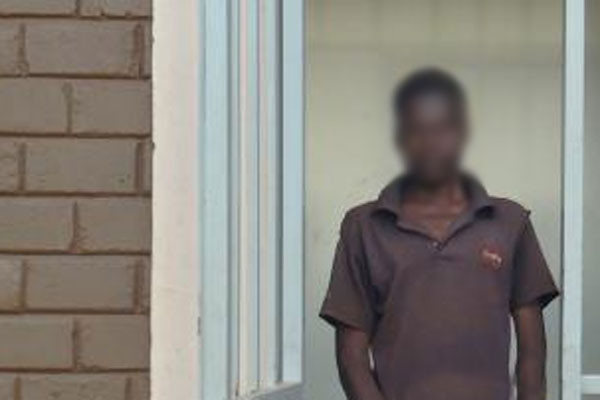