Minster of information Gospel Kazako has asked the main opposition Democratic Progressive Party (DPP) to give government accurate amount of money the party plundered while in power.

Kazako‚Äôs remarks are a reaction to DPP vice president for the south Kondwani Nankhumwa who said the figures have been exaggerated.

According to Nankhumwa, what the president said is a deception adding that if such amount of money was stole, his (Chakwera) government would have found nothing in the government.

‚ÄúThe President clearly deceived the nation that the DPP government misappropriated and mismanaged a total sum in excess of MK1 trillion. President Chakwera must be informed that if an economy, as small as ours, was robbed of that sum of money, his administration would not have found any penny in the government coffers,‚Äù said Nankhumwa.

Responding to Nankhumwa, government through the ministry of information dismissed DPP‚Äôs refusal that the former party looted public funds amounting to K1.3 trillion.

“That is our figure as government that is what we have got. It will be helpful to us if we hear from them how much they looted. I am sure they have their own figure which may help us to compare,” he said.

During a national address on Saturday, President Lazarus Chakwera said the DPP led government had plundered such an amount, a move which the DPP opposed this morning. 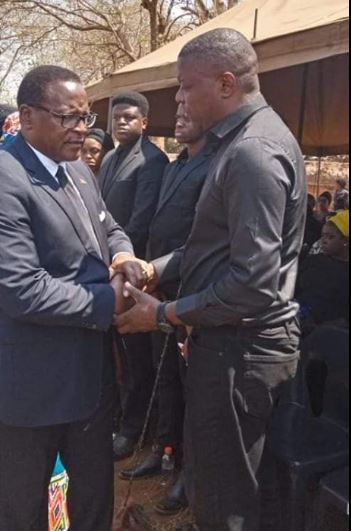 Govt better watch out on fuel