Police in Uganda have arrested a renowned political commentator Charles Rwomushana and charged him with disobedience of lawful orders contrary to section 117 of the Penal Code Act.

According to a charge sheet, the 51-year-old presidential aspirant is said to have been found driving during curfew time.

ŌĆ£Charles Rwomushana on July 29 at around 1am at Kamwokya in Kampala District disobeyed the presidential order or command duly issued by the President of the republic of Uganda when he was found driving a vehicle during curfew time,ŌĆØ reads part of the charge sheet.

Rwomushana who is being jointly charged with two other supporters of his party, James Mubiru and Opondo Gaster, is expected to appear at City Hall Court this afternoon.

Mubiru and Opondo were reportedly arrested on their way from visiting a sick friend in hospital.

Rwomushana was on Tuesday night arrested after being hosted on a talk show where he features as a regular panelist.

The same show also featured other notable MPs including Bobi Wine who is also a President aspirant and a long time critic of President Yoweri Museveni.

Unlike Rwomushana, the MPs are reported to have spent a night at the TV station after getting information that police had deployed around the area.

President Museveni announced a curfew starting 9pm to 5:30am as part of the government measures to contain the spread of Coronavirus and criminality in the country.

Uganda on Wednesday confirmed five new infections as the number of virus cases rose to 1,140.

The East African nation has so far registered two virus deaths and 1,028 recoveries since the first case was confirmed in the country in March this year. 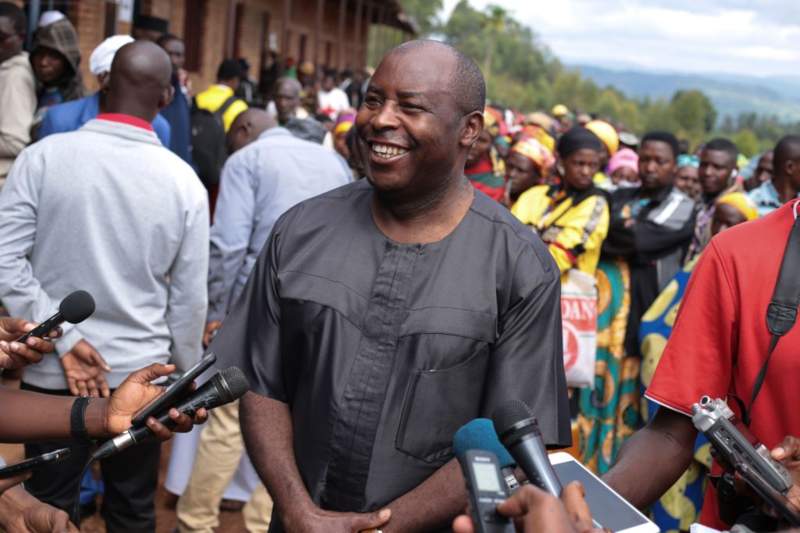 Burundi court rules president-elect, Evariste Ndayishimiye, should be sworn in