An Ethiopian man has built a home out of his beloved freight transporter truck: a three-bedroom flat that has everything he needs to live comfortably.

o Tadesse, living in a house he has built himself is a big deal as it gives him comfort and joy.

‚ÄúI am very happy to have implemented my ideas and invested them on my property. There‚Äôs no greater happiness than living in what you‚Äôve built yourself,‚Äù he stated.

The innovative man now no longer has to worry about the burden that comes along with not owning a home.

Speaking to BBC News, the man revealed that he found the inspiration from his habit of eating from his truck stating that he can move about in the comfort of his house.

‚ÄúI like eating and spending time in my car. That‚Äôs what inspired me to build a house on this truck,‚Äù he said.

Tadesse revealed that the construction job was not easy as it took him three years to set it up.

"There is no greater happiness than living in what you've built yourself."

Three bedrooms, two living rooms, three bathrooms – and check out that balcony! Ethiopian Abinet Tadesse loved his truck, and he also needed somewhere to live. So the solution was clear üè°üöö pic.twitter.com/ezOUxcKAbY 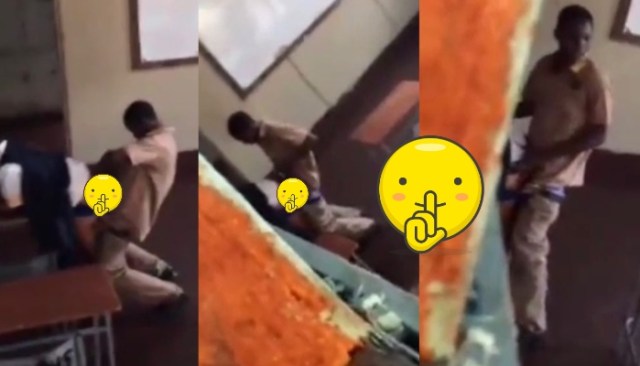 Students Caught On Camera Bonking In The Classroom During Break Time