A concerned group of Muslims has organized national wide protests against the removal of a billboard in Blantyre which attacked the Christians.

Muslism Association of Malawi (MAM) erected a billboard at Maselema near Toyota and the billboard carried the following message ŌĆ£If you have read The Old Testament and the New Testament Now Read! The Last Testament The Quran.ŌĆØ

The message attracted public anger with Evangelical Association of Malawi (EAM) to immediately remove the billboard.

BCC complied with the call and removed the billboard.

But this did not go down well with a grouping calling itself concerned Muslims who have since organized national wide protest over the matter.

Leader of the grouping Ousman Kennedy confirmed of the development in a statement seen by this publication.

Kennedy said among other things, they want the Blantyre City Council to restore the billboard failing which they will also take a legal action despite the planned protests.

The grouping have since notified all Councils of all Major cities in the country. 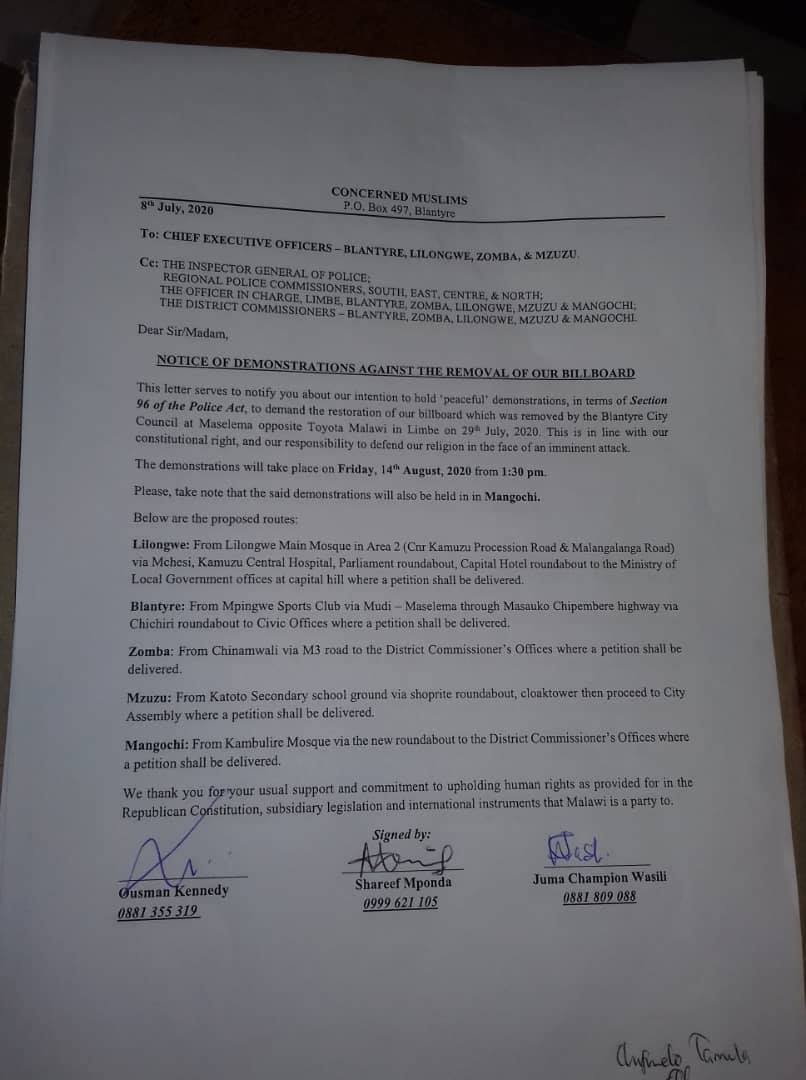 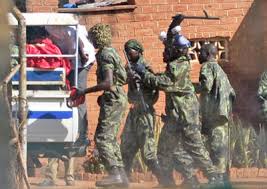 Man Battling for Life After Allegedly Being Beaten by Police Officers